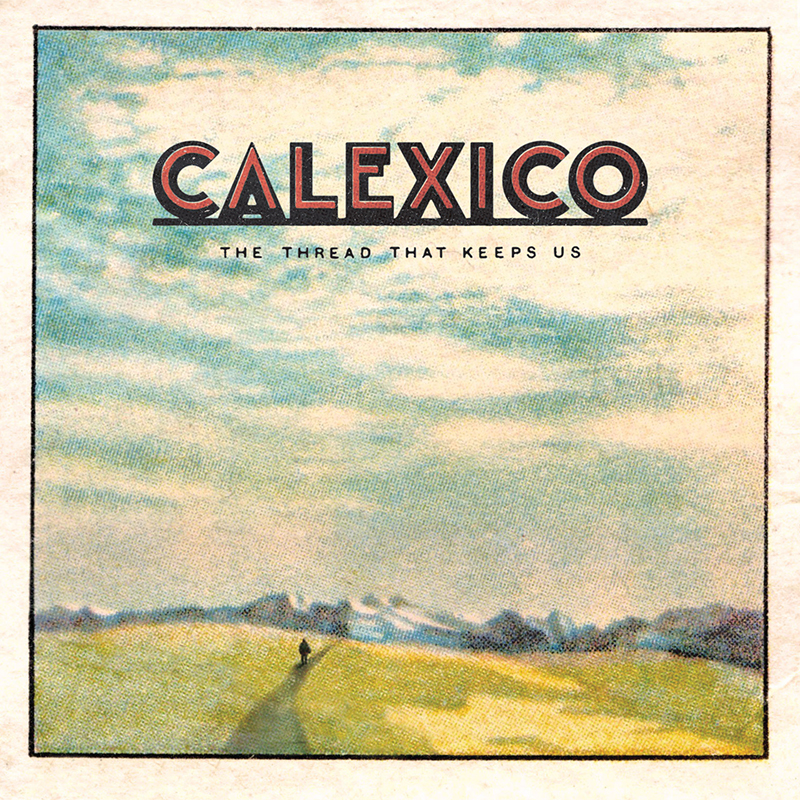 Review: Calexico – The Thread That Keeps Us

Calexico
The Thread That Keeps Us

With their organic and simple blend of earthy and Americana, Calexico have released The Thread That Keeps Us, their first album in three years. The Tucson-based band, consisting of two primary members Joey Burns and John Convertino, worked through 2017 to continue to progress the multicultural indie rock sound that they are well known for.

Unfortunately, the opening song, “End of the World with You,” did not get me excited for the rest of the album to come. This track starts off with a guitar riff that sounds like it could have come from any radio rock band from the mid-’90s, and continues with a weak and awkward attempt at a guitar solo about a minute in and just plain boring lyrics. Now, the rest of the album is much better and executed very well—only this first song feels out of place and probably should have been left off the album all together.

The second track, “Voices in the Field,” is what really kicks the album off for me. It starts with beautiful guitar progression with an interesting percussive build that allows for the vocals to creep in beautifully. This track every so often features a backing distorted guitar that is reminiscent of the distortion in Andrew Bird’s “Hot Math,” which makes for a really nice effect.

Featured throughout The Thread That Keeps Us are three instrumental tracks that all clock in under two minutes and create an interesting atmosphere in their unique way of using guitars and drums to create space within the song. I found the song “Under the Wheels” to be more enjoyable with its more electronic open through its use of keyboard and drum machine. The track also features some fantastic ska-inspired trumpets and wavy distortion on the guitar through the chorus.

One of the more interesting tracks on the album, “Flores y Tamales,” surprised me with its Spanish lyrics and authentic energy through its instruments. You also get an unfamiliar edge in a few tracks in The Thread That Keeps Us, like “Dead in the Water,” which has a powerful opening guitar, grimy distorted vocals, and excellent integrations of piano and trumpet around the two-minute mark.

Calexico end their newest album with the song “Music Box.” A bare-bones indie song that has a slow and soothing progression and haunting vocals, this track leaves you wishing more of the album had the same kind of execution. While listening, though it becomes noticeable that the organization of the album, as well as its tempo and tone, is almost constantly changing, such that the album sounds like it does not know what it wants to be. Calexico definitely tried to add more to their existing sound, as you get a bit more noise and edge than in their previous releases. As a result, they’ve developed a decent blend of indie, Americana and world music, even though some elements end up coming off a bit clunky at times. I wasn’t left with a real reason to pick The Thread That Keeps Us back up again, aside from maybe the three instrumental tracks, “Spinball”, “Unconditional Waltz” and “Shortboard.” Overall, this album was underwhelming, to say the least. –Connor Brady