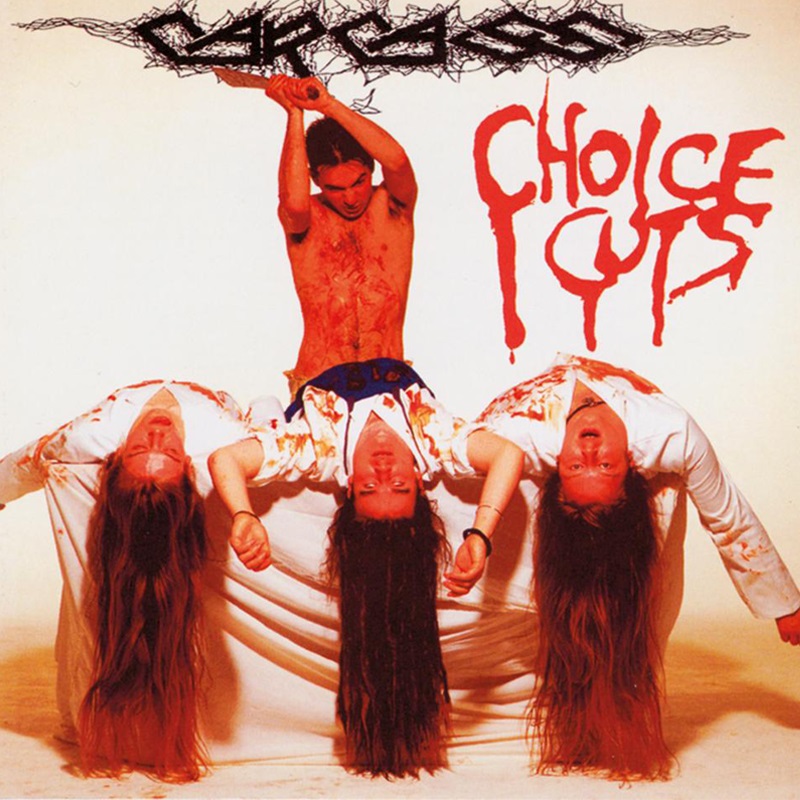 The “best of” Carcass, Choice Cuts, is being released nine years after they put out their last album, Swansong—now that’s timing for you! Of the studio-released tracks from Choice Cuts, two come from Reek Of Putrefaction, two from Symphonies Of Sickness, one from the Tools Of The Trade EP, two from Necroticism: Descanting The Insalubrious—three from Heartwork, and three from Swansong. The “bonus tracks” are two four-song sets from the Peel Sessions. The first set was recorded on Dec. 13, 1988, but has been previously released (so are the songs really “bonus tracks”?). The second set was recorded on Dec. 2, 1990. If you already own all of the Carcass albums, I personally wouldn’t buy this just for the second Peel Sessions set. All of the Peel Sessions I’ve heard sound like they placed one microphone in the middle of the room and let the tape roll. Their first two studio albums didn’t sound much better, and their last studio album, Swansong, sounded like it was a spawn of contractual obligation. If you want to get into Carcass, go buy Heartwork, Tools Of The Trade and Necroticism. Those three releases, which only span two years of this band’s career, will forever keep Carcass ranked as one of my all-time favorite bands.