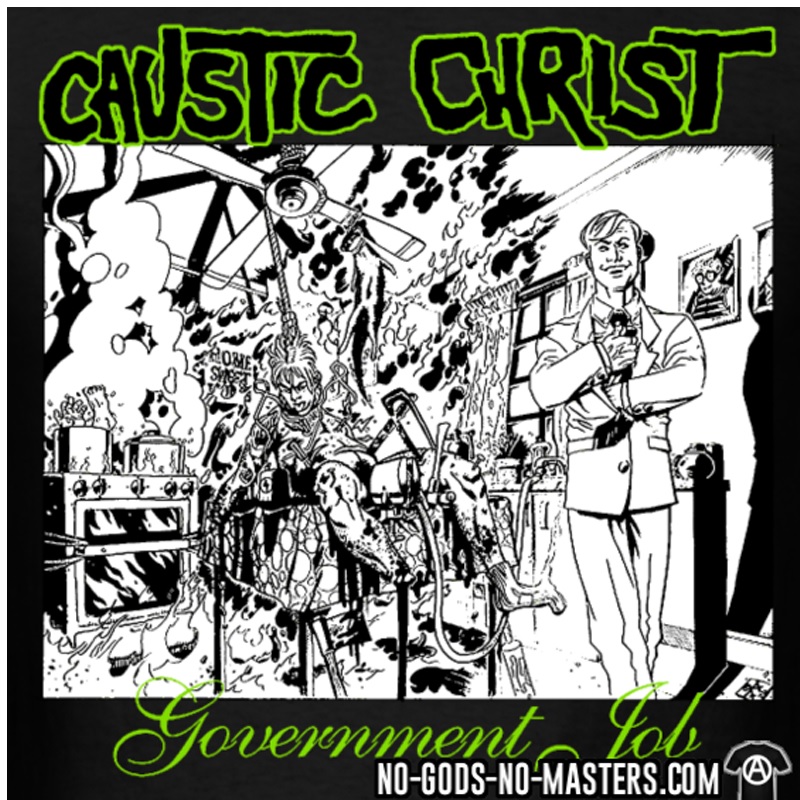 Some punk bands never get famous enough to appear on MTV, play Warped Tour or even have their music played in the background on TV shows about snowboarding. Some punk bands don’t get famous enough to upgrade from a Ford van to a small motor home. Lots of punks never even get famous enough to quit their crappy day jobs, but they still play fast hardcore punk clear into their 30’s and 40’s because that’s what it takes to deal with decades and decades of the daily grind. You could imagine that people like Caustic Christ, who stick logos on coffee cups by day and do what they really want to do after they’re off the clock, have an appreciation of hardcore punk’s history—decades of experience as social rejects and a way of putting their rage to music that major label “punks” in their late teens will never know. The Government Job 7″ sounds vaguely like vintage Circle Jerks played at the speed of Poison Idea, but instead of a controlled Keith Morris yell, the vocalist sounds like he’s about to break something in his neck and fill his mouth with blood. Mad-at-the-world hardcore doesn’t get any more bitter than this. (write to Caustic Christ at PO Box 71287 / Pittsburgh, PA / 15213, or e-mail them at [email protected]
This review originally appeared in Wasted Life, January 2005, Issue 193.