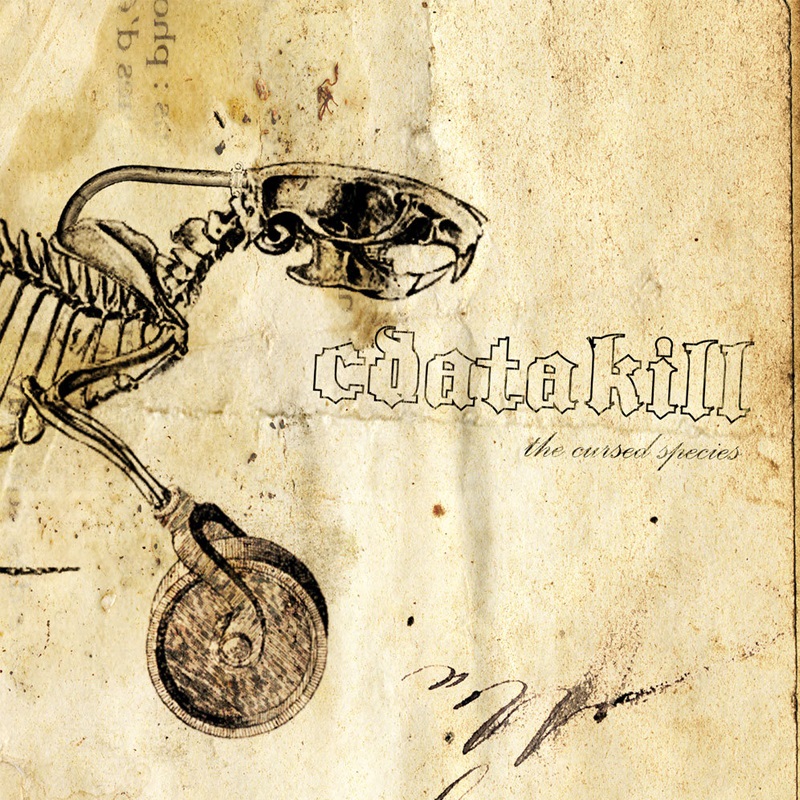 There are some things you should know about CdataKill. First, Zak Roberts is geographically close to us – Denver to be exact (note to promoters and people who like to keep on music in the surrounding states). Second, He is label mates with Salt Lake artist, Lapsed (just an indication of the quality inside). And third, he’s amazing when it comes to producing dark drilling breakcore with touches of IDM. Chaotic organization and frustration form substance and strange harmony into the ten tracks of Robert’s second release, The Cursed Species. The double-disc, Paradise, debuted merely a year ago and proved that American musicians would be going places with the help from Ad Noiseam. The first track, “Exorcise the Demons,” lasts less than 2 minutes, but is one of my favorites. The toy-gun beeping always win my affection. Then “Hymn of the Siamese” provides hard beats that only hint at what is ahead, a nice gradual introduction to the madness. Both “Graceless” and “Predatory Behavior” are perfect examples of how gritty, complex and tight this act can be. Samples and pounding hits sputter and spew out wicked beauty. Listening from start to finish leaves you feeling like you need a cigarette. It’s just that intense. Maybe one day we can convince Roberts to make the 7 hour drive to show off his piercing beats.