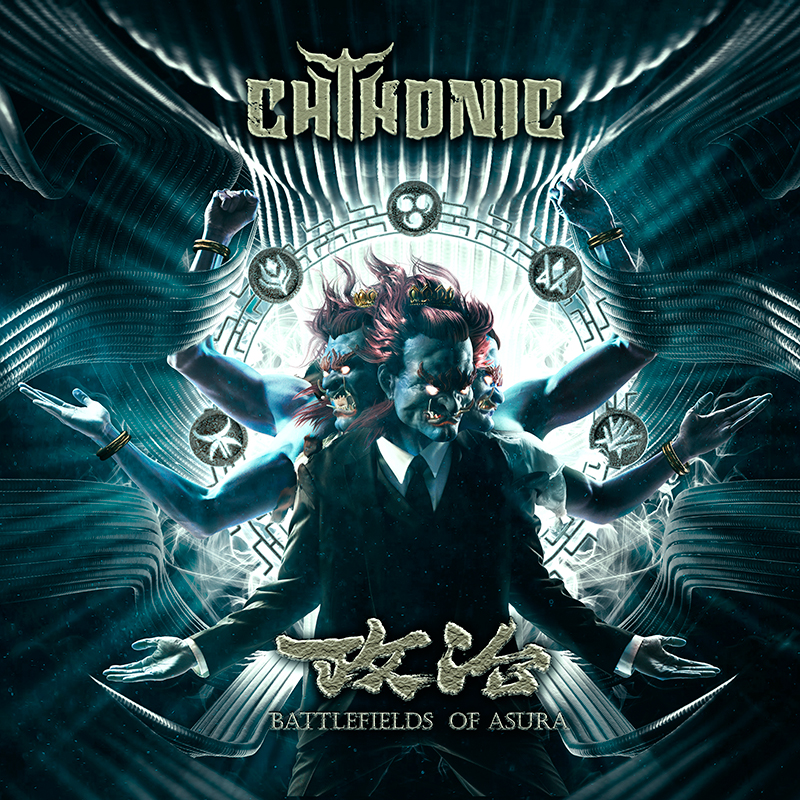 Chthonic fans, like yours truly, have waited five years for another album by the band—four years if you want to count their soft, acoustic album with renditions of previous material, 失竊千年 / Timeless Sentence (which I don’t … hearing stripped-down versions of classics like “Legacy of the Seediq” was kind of depressing). Maybe it was a strategic move by the band to make the next proper album that much more powerful. Intentional or not, it worked. I’m not sure why the Asura on the cover looks like he’s on his way to a job interview (I think if you have more than two arms, you’re a shoe-in for any position), but I’m willing to put that slight aside because … ya know, books … covers … judging…

Anyway, Battlefields predictably begins with what most Chthonic albums of the late start with: an intro track with Taiwanese folk instruments played atop epic-assed orchestral keys—something that might get old if it hadn’t become the norm for the band. In fact, I would’ve probably called their manager like a fiending heroin addict had they not included “Drawing Omnipotence Nigh,” asking when, where and how I could get that instrumental intro.

The erhu is always performed by vocalist Freddy Lim, an impressive feat considering that one of the things that always stuck with me about the band outside of Lim’s direct involvement in Taiwanese politics (look it up) is the range of vocals he exhibits on each album. Talented-ass motherfucker. Battlefields is no exception for Lim’s appalling abilities: His low growls, akin to mid-era Nokturnus, are liable to rise to glass-shattering shrieks that nod to any-era Vektor, even in the same breath. Oh yeah, also, if you don’t like any symphonic metal, then you should steer clear of Chthonic altogether, so that the rest of us can enjoy the awe-inspiring work of keyboardist CJ Kao. Those keys make songs like “One Thousand Eyes” (no, it’s not a cover of the Death song) sophisticated and passionate—yet scorching—emotionally charged assaults.

I really don’t much care for (see also: pretty much hate) metalcore, but Chthonic always add just enough blasting to balance out the breakdowns with urgent, anthem-esque defiance, which is evident on the track “The Silent One’s Torch.” The guitar solos are as fucking brilliant as ever, so a big shout-out to Jesse Liu is in order. “Souls of the Revolution” reminds one of the work he did on the Chthonic masterpiece, 高砂軍, a bullet-laden concept album about the Takasago Army and the Taiwanese resistance during Japanese imperialization (go watch the video for “Broken Jade” from that album if you haven’t done so: Freddy’s got that erhu, and you’ll instantly know what I’m talking about when I use the word “urgency” when describing the band’s work).

Lyrically, maybe Battlefields differs from the band’s previous few albums—sonic war cries calling for the beheading of imperialistic tyrannical overlords a la that dank Taiwanese film Warriors of the Rainbow. Musically, it stands rank-in-file with their best outputs, and shows that the Taiwan scene not only has death metal bands like the rest of the world, but also still has one of the best. This gets my coveted seal of approval and 5 out of 4 stars.–Alex Coulombe