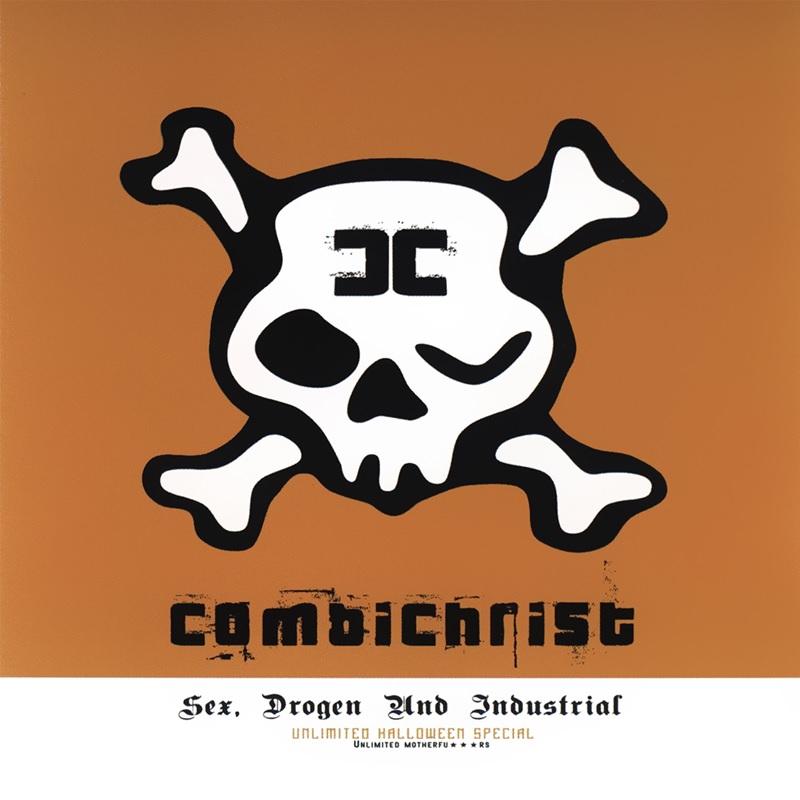 Andy Lapuega (Icon of Coil) had to balance out the deliciously happy pop music at some point. With Combichrist, he takes on harsh rhythms like he would take on his worst enemy. The EP starts with “Blut Royal,” a blood bath of pounding beats sans vocals. The assault continues in the style of Aslan Faction and Suicide Commando on “Tractor” and the previously unreleased “Anatomy” and “Sex, Drogen Und Industrial.” I think there is something wrong with my CD—I have three versions of this song and there are only two listed. The first seems to be the original and it is just yummy. Excited for the remix, I am quickly disappointed by what is labeled as the “Soman Remix”—but I don’t think this is Soman. Instead of the robotic, programmed vocals chanting, “Sex, Drogen Und Industri”—a phone-sex operator says in her breathy, dirty voice, “Sex….Drugs….and Industrial.” It’s really trashy! The remix is great, but the cheesiness nearly destroys it. The following, unlisted remix (Soman?) is where it’s at. Good stuff. Once again, I faced my pet peeve of 61 four-second tracks just so they can get to track 69 for that hidden track from a live show. This EP really is killer, and is just a warm-up for Everybody Hates You—out in March.
This review originally appeared in Modus Operandi, February 2005, Issue 194.