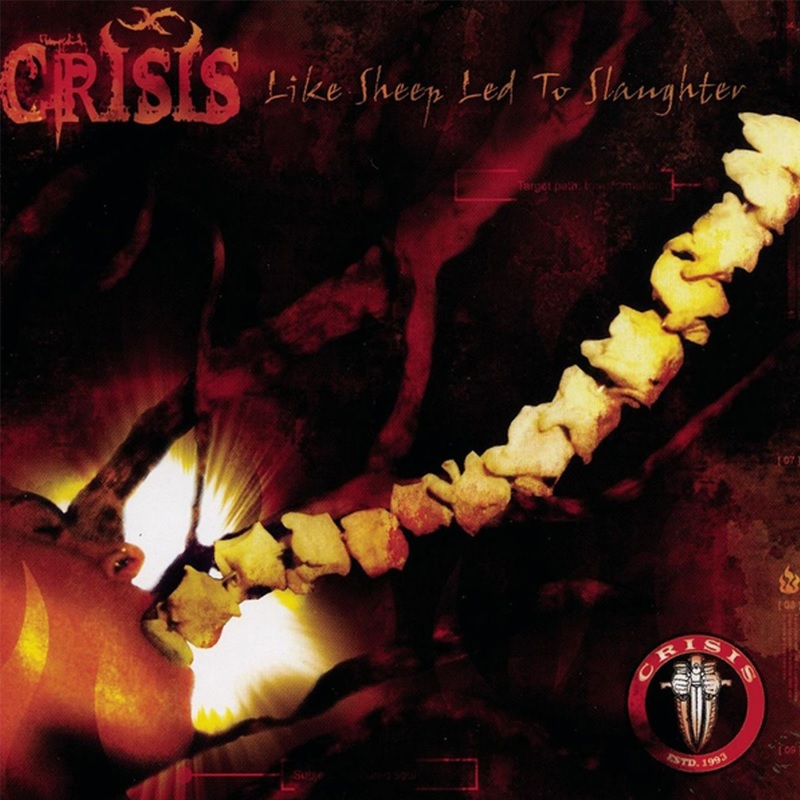 It’s been seven years since the last album from Crisis. They’ve just released their latest, Like Sheep Led To Slaughter, and I’m struggling to hear something new from this band. Despite a new drummer and the addition of a second guitarist, this still sounds pretty much like the first two releases (Deathshead Extermination and The Hollowing). In a rare instance of research on my part, I re-listened to the first two albums, along with Like Sheep … Besides getting a gutful of this band that will surely last a lifetime, I came to the conclusion that the three albums are, for the most part, interchangeable. Even with the new drummer, the drumming fits the same earthy, free-form, rhythmic patterns as before. The guitars, fresh blood and all, don’t have anything new to offer. Other than the occasional “solo-ette,” these guys rarely ever touch anything other than the lowest three strings on their guitars. About the only variation I hear from song to song and album to album is Karyn Crisis’ vocals. I’ve never really been into her vocals in the past, but after my most recent Crisis force-feeding, they’ve sort of grown on me. Her cackles and squeals edge on the bizarre, but those attributes, coupled with her very intense and brutal death delivery, result in Karyn being one of the more compelling female vocalists in death metal. Musically, Like Sheep… falls a bit short. There are some good dark, plodding musical moments that explode into fury, but then there are other parts that are just plain boring. They branch out a little with a sitar intro to track 4, “Nomad,” but how unusual is the sitar anymore? I’ll bet you could find a sitar somewhere on an NSYNC album. This is decent, but I expected more from this release.