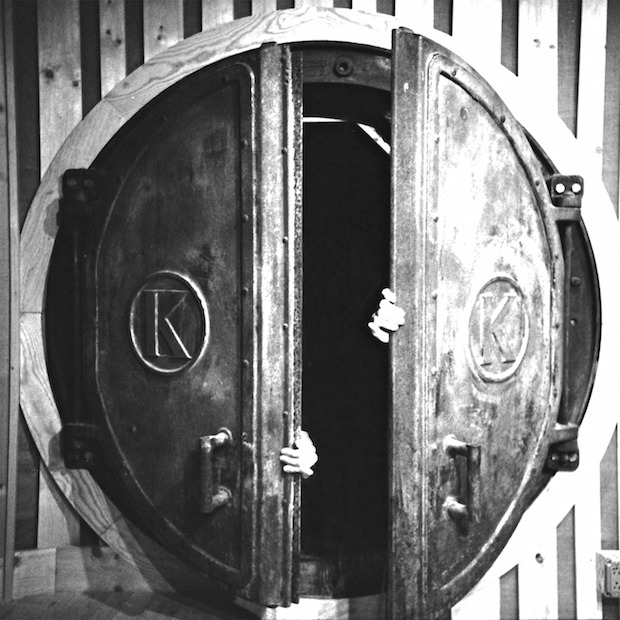 Under the moniker of Damaged Bug, Thee Oh Sees’ frontman John Dwyer adds to his already hefty discography with this year’s release of his third solo album. Much like previous Damaged Bug records, Dwyer maintains his sporadic and stream-of-consciousness playing style that, while flirting with traditional psychedelic sounds, weirds a lot harder than it rocks. Still, it’s a good time, though I wouldn’t recommend it on a hangover.

The album begins deceptively with the gentle, 26-second intro “Structure Image Approach” before hitting you with the blaring, modulated synth screech of “Bog Dash”—a track that resembles an early Ty Segall number stripped of reverbed vocals and big guitar effects. Like some of his noise-artist contemporaries, Dwyer juxtaposes aggressive, almost note-less static chatter with slick drum and bass lines to produce the effect of fighting for one’s sanity. It’s definitely destabilizing, but good psychedelic music has to do its job of both overwhelming the listener as well as providing a grounding line for one’s attention. The drums and bass are useful throughout the album in this sense, especially later in Dwyer’s more double-black-diamond-bizarre tracks, such as “Ugly Gamma” and “No One Notice The Fly.”

Stylistically, Bunker Funk feels almost like a direct response to the work of Wand and the turn of Ty Segall’s sound found in Emotional Mugger—he even adopts that same singing voice of a mystic medieval villain. However, given their camaraderie in the L.A. psych scene, Bunker Funk comes off more as a dialogue than a theft of style. Some tracks are definitely branded with Dwyer’s oddities, which just couldn’t have been produced by anyone else. “The Cryptologist,” for example, unfolds out of one continuous bouncing bass riff, and in the following, “Slay The Priest,” Dwyer makes a head-banger out of a single, melting synth sound. Still, though the album starts strong, Dwyer eventually drifts too deep into experimental territory to be really enjoyable—unless perhaps you’re the kind of theory-head who feels inspired by modern phenomena like teakettles and the noises made by workplace machinery. I mean, sure, he seems to be having a fun time playing around with synthesizers and modulating guitar effects, but it’s not quite coherent enough to be provocative. Surprisingly, the title track is one of the weakest, with its high-pitched trills serving as a kind of anti-hook. Listening, it wasn’t until the bright guitar riff of “Unmanned Scanner” (I’ll admit, probably the most accessible track on the album) that I remembered I was listening to the frontman of Thee Oh Sees.

Now, I’m sure that if Dwyer wanted to make another Oh Sees album, he would have. After 16 releases with his main band, he’s probably itching to make anything that’s at least a couple steps removed. However, unless you’re a superfan of Dwyer’s music, the entire Damaged Bug project feels like it’s not really for anyone but himself. In my opinion, he probably should have waited to release this until he had a handle on the spirit that was behind the first four tracks of Bunker Funk. But hey, you know, new music is new music, and it’s at least a good sign that Dwyer and the other psych leaders are not trying to just sound vintage anymore. –Nic Smith