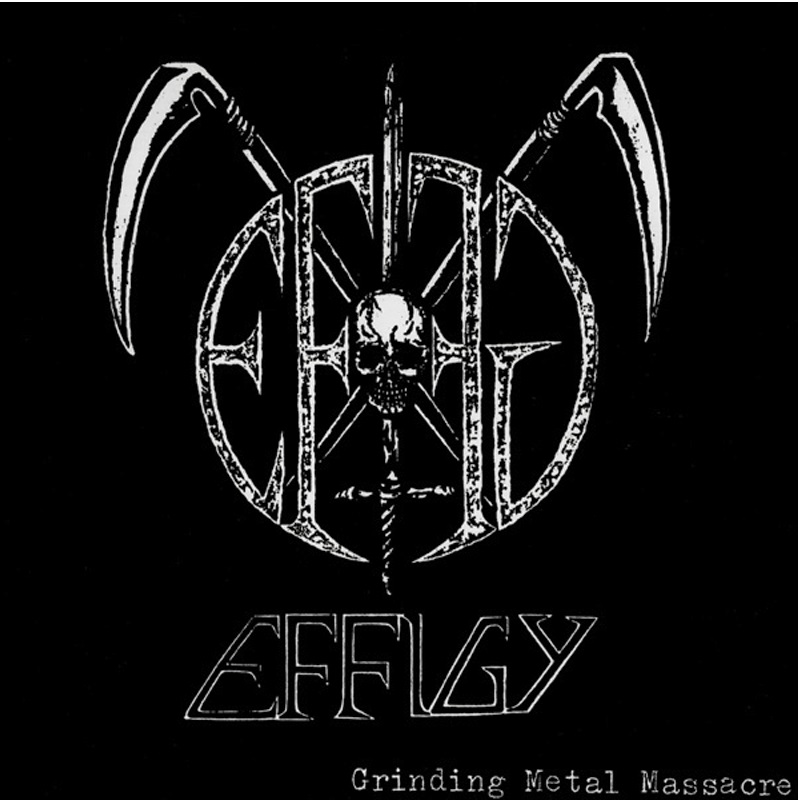 Side A starts with a somber intro that builds up to a plodding, heavy pace, just like Amebix. The main riff sounds a lot like Antisect, so Effigy is still within crust-punk territory. Uh oh; the thrash metal riff just started. The singer sounds like he did time in Gorguts! There goes a blazing guitar solo! By Side B, Effigy sounds like Metallica if they had survived nuclear Armageddon and recorded “Ride the Lightning” on a tape deck with one microphone hanging from the ceiling of their fallout shelterwhile they were high on paint thinner. In other words, if you don’t like this, you’re clearly a poser who drives your mom’s Audi to shows.