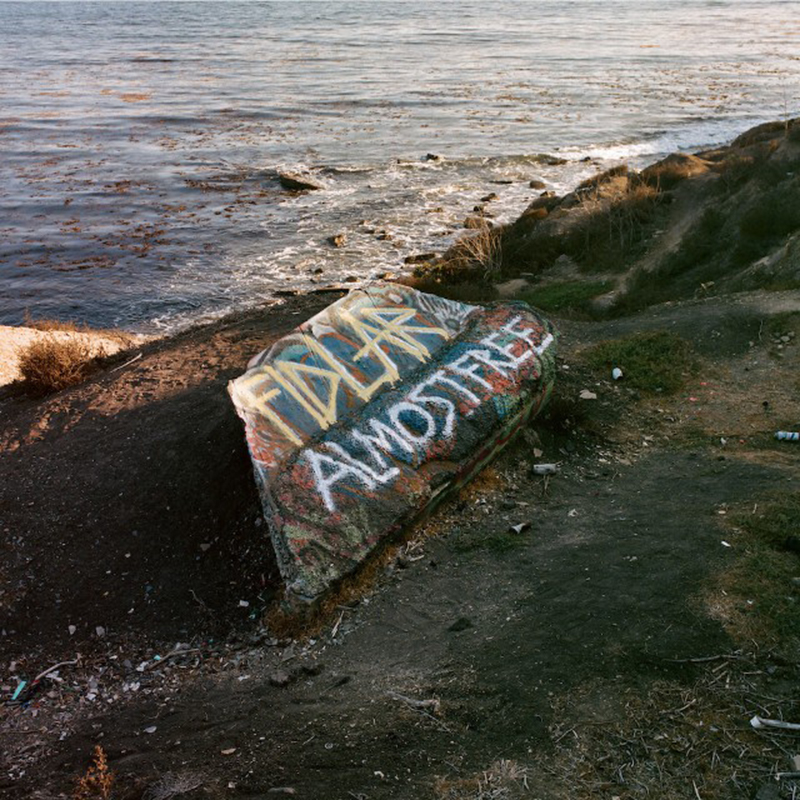 FIDLAR has received some mixed criticism over the years. Some say they are a fresh take on the laid-back, west coast, skate/surf punk culture by adding a modern, indie rock overspread—while others wrote them off as rich kids who only got into punk through nepotism and argue whether their music is even really punk at all. I’ve been somewhere in the middle with FIDLAR. I do have a respect for their music and give them props for not sounding entirely like one of their representative genres between punk, alternative or indie. Their self-titled album was very raw, loud and full of angst like Weezer playing Agent Orange in a Detroit garage. Their follow-up, Too, I can best describe as hipster-punk (an oxymoron in and of itself), meaning their rough edges are still noticeable, but there are attempts of showing some class with more polished guitar leads and reduction in noise. However, this is where some of my problems come in with FIDLAR—they cater to a demographic of kids that choose to live the filthy, punk rock lifestyle while access to their parents’ trust fund is one credit card swipe away.

This brings me to their third full-length album, Almost Free, and I already notice their sound is more subdued here than in their previous albums. The wall of sound that gave such power and presence to their earlier work is almost entirely absent in the first song “Get Off My Rock” and in its place are some lifted blues licks being carried by a Beastie Boys infused groove with vocalist Zac Carper going with an aggressive hip-hop vocal approach. That groove follows through into the songs “Can’t You See” and “By Myself” but gradually pulls back to that beachy vibe that they are known for.  The two leading singles, “Alcohol” and “Too Real” call back their familiar party ethos but not in the way of glorifying it—more like questioning why they choose this life. I can sense the irony in the lyrics of “Alcohol” as Carper sings about how he “Loves waking up in some random’s home” and in “Too Real,” he claims that drugs saved his life by blocking out certain emotions.

It’s nice to see that FIDLAR’s lyrics still cut deep, which is more than I can say for some of the other tracks on here. FIDLAR is known for having a lighthearted feel to their lyrics but “Called You Twice” featuring the vocals of K. Flay is an all-out cringe fest. Maybe it’s just me but I am so sick and tired of these songs in which both the guy and girl are telling their sides of the story, how they’re both hurting, and they both regret meeting each other, etc. I could stomach it better if it just didn’t veer too close to sounding like radio rock. “Thought. Mouth.” has more fun with the “love story” elements, though it still boasts some eye-roll inducing moments: “If I left you a message, would you call me back? If I sent you a text would you respond to it? If I said that I love you would you say it back?” “Nuke,” the B-side’s heaviest track is its saving grace, complete with slamming guitars, decibel leveling distortion and Carper screaming “Here comes the nuke!” It was refreshing to hear some of their unique heaviness again … for a whole 40 seconds! What a fucking tease!

FIDLAR’s music has gone through the ringer for the last nine years and judging by their lyrical content, I’m pretty sure it has to do with Carper’s sobriety. Their self-titled debut was them at their most aggressive, swimming in the depths of drugs and cheap beer, writing songs about weed, cocaine and psychedelics and spending many a night on a stranger’s floor or couch. It felt like a punk record. As Carper pulled away from drugs, the musical direction of Too pulled back its harsh tone—straying from their “loud-louder-loud” formula to a more “loud-quiet-loud” approach. Almost Free does have its loud moments, but the majority of songs are actually very tame. It emits the essence of a recovering addict trying to live every day without taking that one step backward that will send them over the edge again. It still feels like an honest FIDLAR record, just don’t go into it expecting a “punk” record. –Eric U. Norris