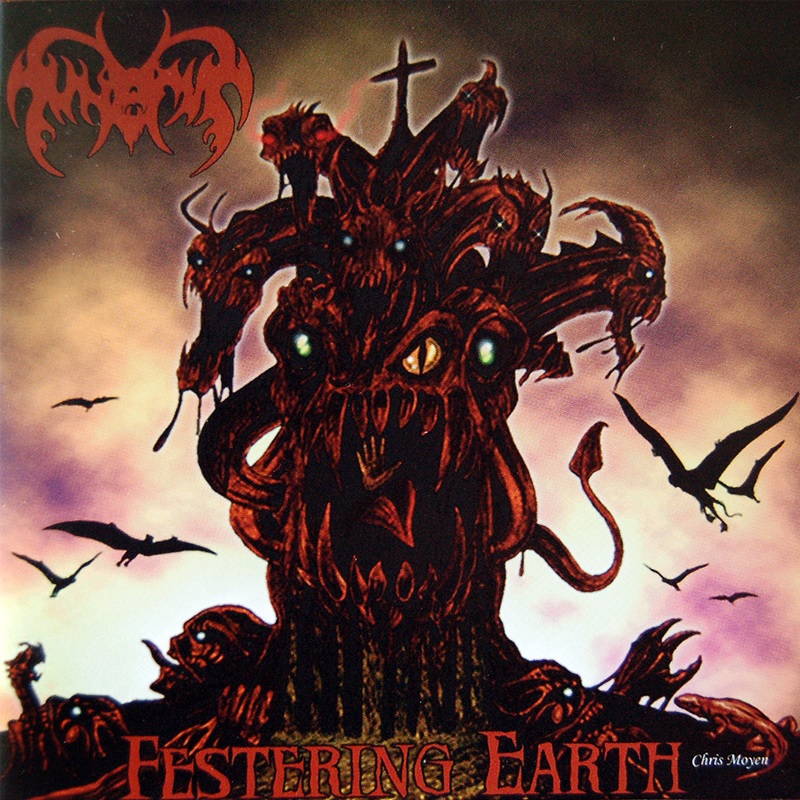 The first demon to escape the gates this month is Funerus, a side project of Incantation mastermind John McEntee. Funerus play abysmal and turgid death metal, with the occasional outburst of speed. They usually keep things slow or mid-paced, though. This is a good example of what real, old-school death metal is like—there are no keyboards, female vocals, nonsensical lyrics about forests … Songs titles such as “Festering Earth” and “Stagnant Seas” tip you off to what you’re in for with these guys.
This review originally appeared in Butcher’s Block, March 2005, Issue 195.