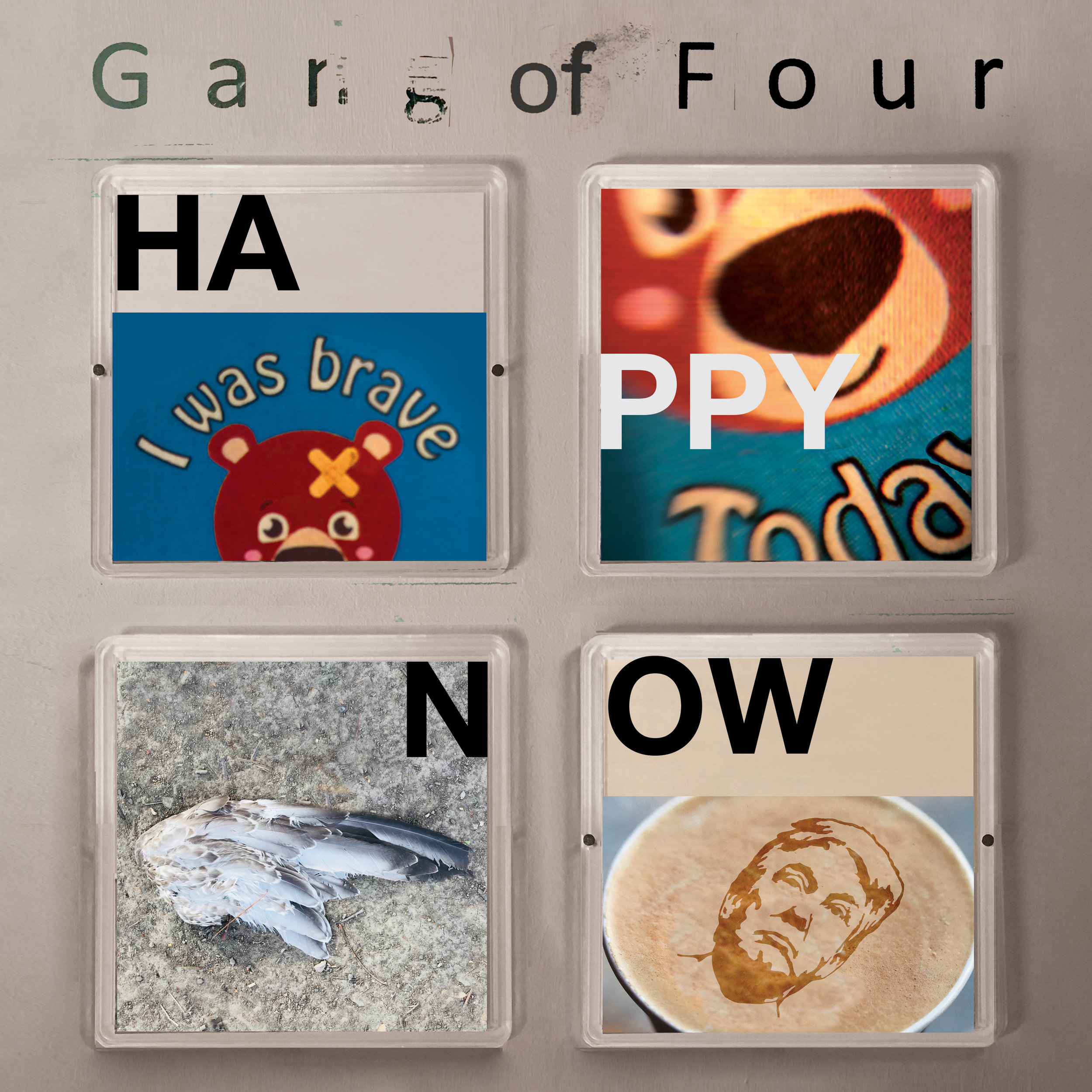 A third album, 1983’s Songs of the Free, saw Allen being replaced by Sara Lee. The lineup fluctuated over the next two decades with King and Gill being the only consistent members. The original lineup reconvened for 2004’s Return the Gift—a collection of re-recorded songs culled from the band’s first three albums. By 2011, when the group released Content, King and Gill were joined by long-time touring drummer Mark Heaney and Thomas McNeice on bass.

For 2015’s What Comes Next, only Gill and McNeice remained. Gang of Four aren’t the first band to replace their lead singer and keep their old moniker, but new vocalist John “Gaoler” Sterry sounds nothing like King (Alison Mosshart, Herbert Grönemeyer, Gail Ann Dorsey and Robbie Fuze also contributed vocals to the album) and the music itself was far more electronic in nature (which might explain why it ended up on Metropolis Records). Gill’s guitar references the Gang of Four sound, but the change in instrumentation and the lack of King makes it very difficult to see this line up as anything more than a Gill solo experiment. This is most evident on 2016’s Live… In the Moment release, where the new material awkwardly sits alongside the classic tracks.

Happy Now was preceded in April 2018 by the Complicit EP featuring co-production by Ben Hillier. Three of the four Complicit tracks are also featured on Happy Now (a remix of “Lucky” being the only track exclusive to the EP). I don’t know if Hillier also co-produced the remainder of Happy Now, but his presence is felt throughout the release. The album’s second track, “Alpha Male,” being the most obvious as its atmosphere is heavily influenced by Hiller’s work with Depeche Mode on Playing the Angel, Sounds of the Universe and Delta Machine.

“Toreador” kicks off the album with a phased-out Jah Wobble-esque bassline rumble offset by clean guitars and a military snare. It’s a little sloppy, maybe it’s the bridge or the mundane vocal delivery. Too many words or too many notes? It  feels like a rejected experiment from Suede’s Head Music. When it works, it works brilliantly.

“Alpha Male” is a slab of psychedelic funk fused with whatever bands like Stabbing Westward were trying to do with industrial rock in the ’90s. It’s more soulful and successful than it probably should be.

“Ivanka (My Name’s on It),” a track lifted from Complicit, takes aim at Ivanka Trump. It’s not a particularly good song, even if I agree with the song’s desire to point a finger at hypocrisy and self-absorption. It might work if it featured Sid and Marty Krofft puppets, but only as performance art.

“Don’t Ask Me” brings Gill’s guitar back into the foreground, but buries it beneath Sterry’s evangelical routine. “Change the Locks” and “I’m a Liar” are equally regrettable.

“White Lies” is a stark ballad that feels like Depeche Mode’s “Waiting for the Night” as performed by Underworld’s Karl Hyde in 1989. It’s the best track on the album.

The single “Paper Thin” is innocuous rock with souring synths and a baggy beat.

The album closes with “Lucky,” a track that swaggers like a Neil X track from Marc Almond’s Fantastic Star release, but ultimately would have been more effective if it lost the dub elements. There’s a bit of Flesh for Lulu in there, but Sterry falls well short of being Nick Marsh.

Happy Now is a mundane blur of electronics and guitars. Its politics are agreeable, but it comes packaged in tunes that reference one of the least interesting periods of “alternative rock.”

My initial reaction to Happy Now was that it nearly works, not necessarily as a Gang of Four release, but as a politically charged slice of electronic rock. Unfortunately, it falls apart upon closer inspection. The problem is Sterry’s vocal performance is all over the map, occasionally sounding like he’s taking on numerous personas. It’s practically vaudevillian. Few bands can combine self-parody with politics and not come away with a pint or two of beer thrown in their general direction. Gang of Four wasn’t a band that relied on schtick. Well, they do now. –Ryan Michael Painter