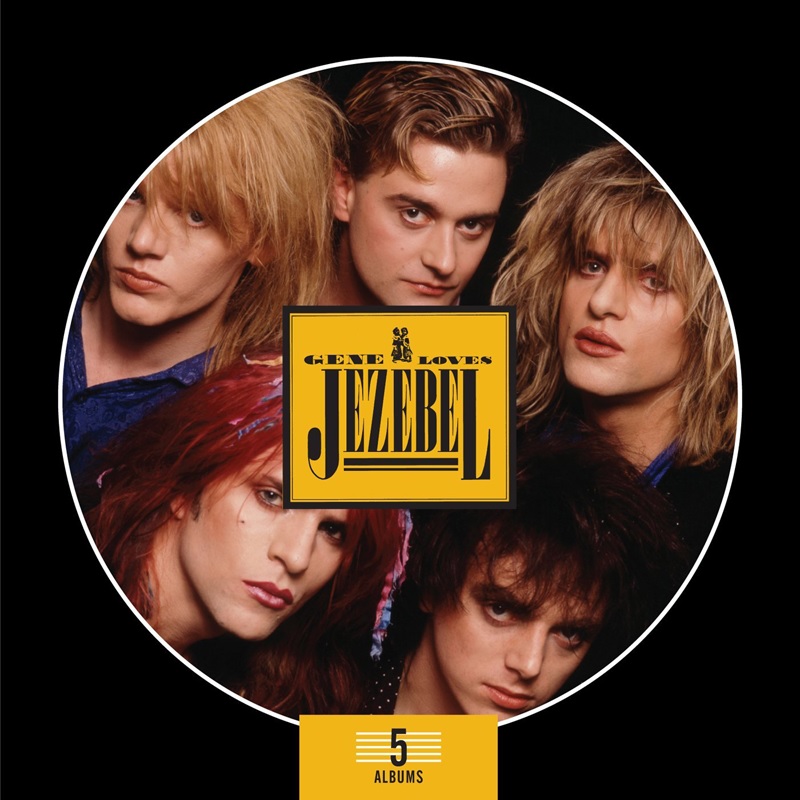 There will be those who suggest that the Jezebels were nothing more than a one-hit wonder, placing them among the brilliant and overlooked Psychedelic Furs, Soft Cell, etc., and in the money-making sense, they might be right, but in every other regard, they’re absolutely wrong. No one mixes the glam of the 70s with the excessive flamboyance of the 80s better than Gene Loves Jezebel. Promise was a twisted goth masterpiece, Immigrant a more focused dark dive into pop music and then, with Discover and the infusion of James Stevenson’s guitars, the Aston brothers forced their way into the reluctant mainstream. These three releases (which will hopefully be followed by the subsequent releases from their Beggars Banquet era) chronicle a band finding itself through a multitude of lineup changes and a touch of drama thrown in for tension. On a smaller level, it is the story of one brother’s talent eclipsing his twin’s; the foreshadowing of what was to come. Brilliantly remastered and backed with bonus discs, including the majority of the obscure vinyl or cassette-only tracks (the Glad to Be Alive live EP being the notable exception) and quite a few unreleased gems, these expanded editions rival the recent Cure reissues in quality and quantity and surpass the previous notable Beggars Banquet reissues from Gary Numan and Love & Rockets (both of which, particularly the latter, should be considered essential). While most of the material isn’t new to me, having spent (far too much) time tracking down the rarities and laying down an amount of money that I’d rather not think about, I couldn’t be more elated to finally have the bulk of the songs cleaned up and iPod friendly.
This review originally appeared in Glitter Gutter Trash, August 2005, Issue 200.