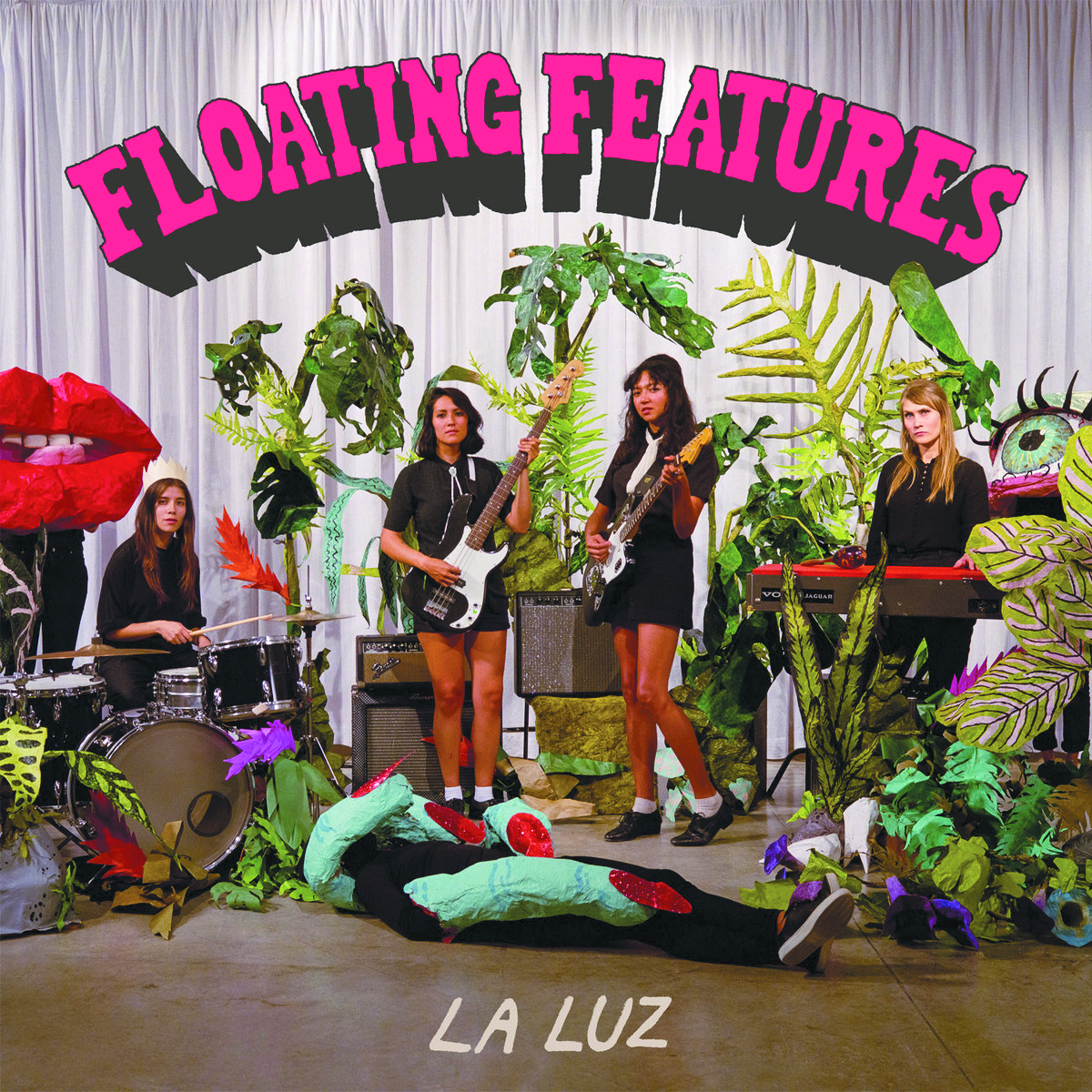 La Luz are a psychedelic surf rock powerhouse who, with every album, seem determined to take their fever dreams to different places and psychological states. This Seattle-based band moved down the coast to Southern California and settled in Los Angeles. La Luz have delivered an album with their traditional surf-rock-syrup goodness mixed with a mysterious L.A. noir writing style. The band’s newly discovered, modern California dreaming with its futuristic LSD tilt absorbs you quickly. Floating Features is a soft–breeze hallucination that feels like early morning summer waves at the beach. During the course of the record, La Luz give us a world with creatures, golden ones, sun kings and giant cicada bugs. The washed-out and faded look that is Southern California comes through on every song. The sun may always be out, but there is a creeping darkness that bleeds from the cracks. La Luz expose this menace in between doo-wops, girl-group harmony perfection and Dick Dale–like guitar runs.

La Luz consist of Shana Cleveland (guitars, vocals), Marion Le Pino (drums), Alice Sandahl (keyboards) and Lena Simon (bass). Floating Features is their third full-length album. Their last album, Weirdo Shrine, was inspired by Charles Burns’ graphic novel Black Hole and was produced by Ty Segall. The theme of the album was about teenagers transforming into something complicated, grotesque and strange—Segall sucked out all possible forms of weirdness on that record.  La Luz are very familiar with taking their groove to bizarre and interesting places. The opening and title track is a straight-up instrumental psychedelic romp that sounds like it could have been comfortable on a Filmore or Monterey Pop stage in 1967. It grabs you early and catapults you into the rest of the album.

On the track “California Finally,” Cleveland wakes up in the sunny-day laziness of the morning, confident to do what she wants. “I made up my mind some time ago / Nobody is gonna tell me where I can go,” Cleveland sings, “California finally / My golden dream.” Cleveland and the band wander effortlessly from song to song and from dream to trippy dream. On the track “Creature,” La Luz introduce the darkness that lurks in every shadow:”Felt so tired / Couldn’t keep up my eye / Felt the creep from my head down to my feet / The creature let me know that it would be walking with me.” The dream is real for La Luz: “I want to tell you now / Everything you will find out / What’s the use of being cool / Alone inside my room / What’s the use in being free / If you give your love to me / Falling in love / Walking into the sun.”

Cleveland’s guitar work and touch of reverb never wavers—owning every song it travels through. The rhythm section of Le Pino and Simon are in tight form, with Sandahl’s dream-cloud keyboards holding the whole thing together. La Luz are a meticulous, fine-tuned machine. They have carved their own slice of Los Angeles and delivered a futuristic, all-over-the-place dream of an album, with its stifling, claustrophobic heat, built-in weirdness and unique science fiction fantasy head-trips. This album will stick with you long after summer is over. On the track “Lonely Dozer,” Cleveland sings, “I traveled all the way across the great divide / To see my image in dust / On the other side.” I hope this band continues to break on through. –Russ Holsten