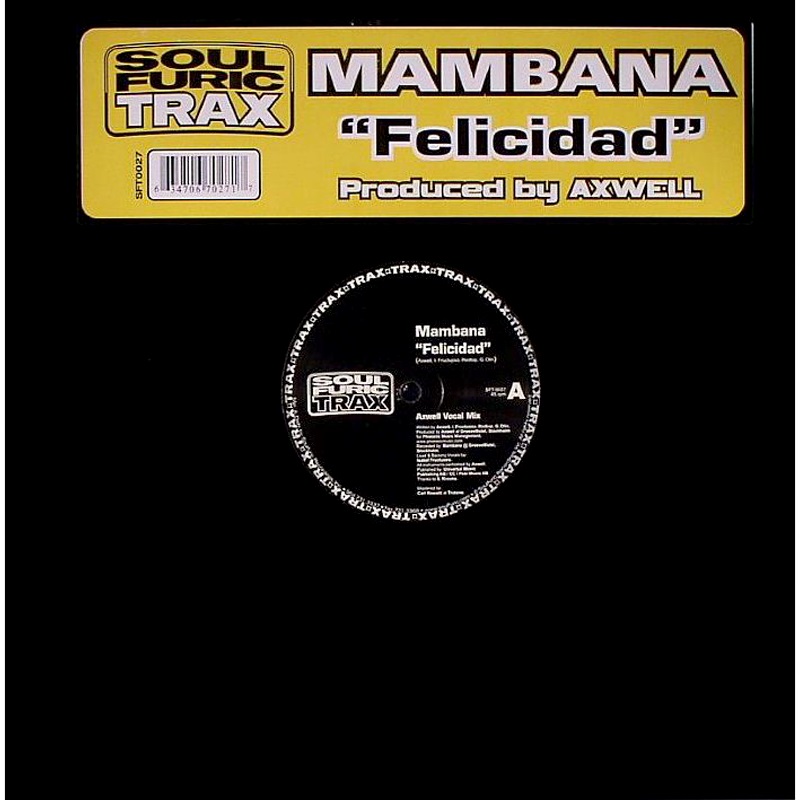 Mambana is a combination of two very different personalities united by music, Isabel Fructuosos (of Afro Medusa, Afro Angel) a Spanish singer and songwriter writer with a wandering spirit full of Latin flava and Axwell (DJ/producer/mixer: Jetlag, Usher, Stonebridge, Room 5 and Soulsearcher) a young Swedish producer, with the expertise of a mature producer. First there was No Reason in 2002, then Libre in 2003 and now with Felicidad, they are once again celebrating summer’s vibe into full effect. Funky, bumpin’ and all the way Latin, this sexy groover will fill your peak-time dance-floors, even when you think they couldn’t get any fuller. Cheers to Soulfuric for continuing the release of superb house. www.soulfuric.com (Mambana pictured)