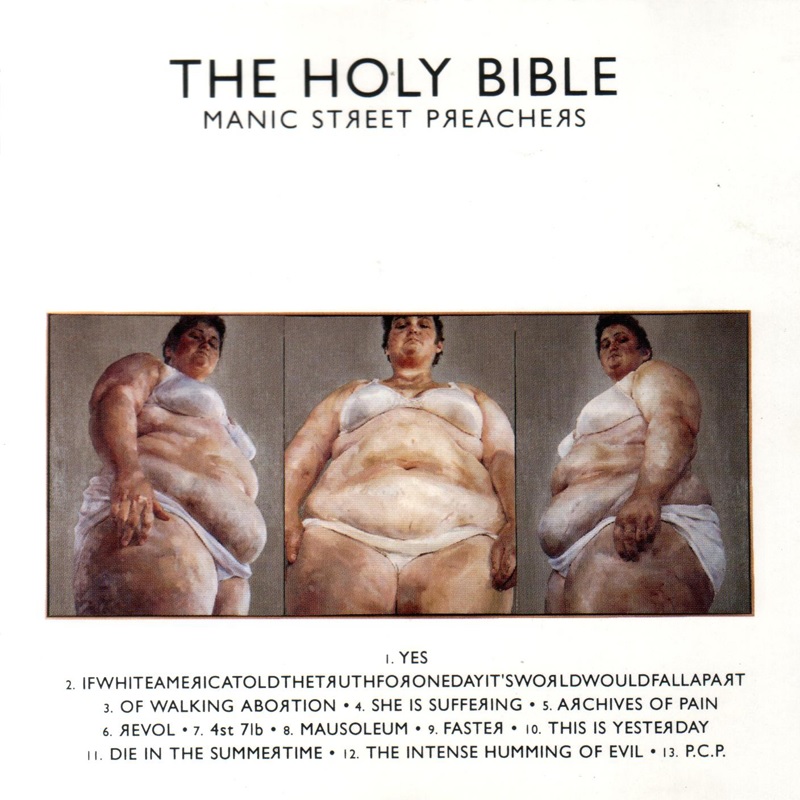 Generally speaking, the body tends to wash ashore, the mystery fades and eventually everyone forgets that there was a story associated with a particular piece of art. In the case of the Manic’s The Holy Bible, the folklore of Richie Edwards and his untraceable disappearance lives on. This would prove to be the last evidence of Richie’s bitter brilliance and regardless of what might have come before, it was here that he proved to be one of the most dangerously intelligent musicians the UK had seen since The Clash were taking Broadway. Only this time, America didn’t bat an eye because Kurt Cobain was dead and nothing else in the foreseeable future mattered beyond that. Not that I can set myself up as an example; I didn’t find them until Richie was far gone into the night and the band was back standing tall riding the slightly more optimistic, somewhat watered-down path. Still, none of this matters if the music isn’t any good. Thankfully, it is. Not nearly as loud as you might expect, although a far cry from their hits that would follow (the album was overlooked for the “best of” compilation Forever Delayed save for the stormer “Faster”). Instead of sheer noise, the edge comes in the dissonant lyrics and the crumbling exterior. They were after all poised to implode from the very beginning; self-destructive, self-consumed, warped and gritty Britpop at its heartiest. Here in its 10th Anniversary form, we find the classic album (both the UK release and the alternate American mix) remastered with bonus BBC sessions and live versions along with a DVD capturing the band in a full masterstroke of arrogant swagger. Rock n’ roll should always be this good. As for Richie, I like to think he escaped to where Kurt was trying to get to.
This review originally appeared in Glitter Gutter Trash, March 2005, Issue 195.