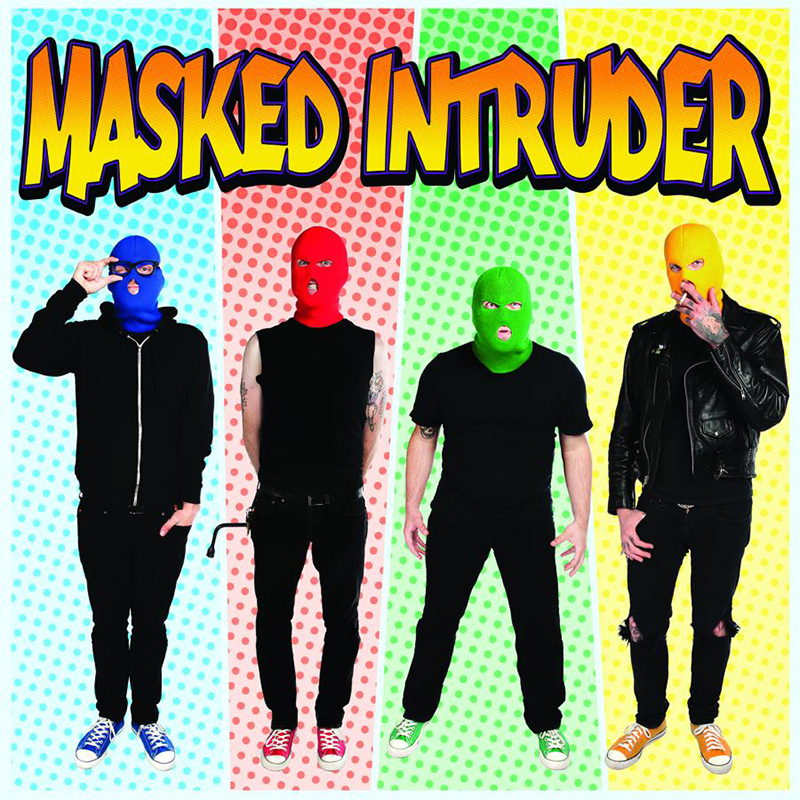 The fastest way to a girl’s heart is through her bedroom window… while she’s sleeping. At least, that’s what the debut self-titled album from Masked Intruder has led me to believe. Masked Intruder create sugary-sweet pop punk, but with the conceit that they are a quartet of home invaders, girl stalkers and general miscreants—it’s really quite brilliant, actually. “25 to Life” conveys the same general heartache and desperation that permeates the Ramonescore style of pop punk, but with an added level of creepy obsession. “Hello Beautiful” is a tale of a home invasion that turns into love at first sight, while “Breakin’” is pretty much the opposite, as one of the Intruders breaks into a girl’s house after she breaks his heart. Plus, these guys are fucking great and incorporating some ‘50s inspired elements into their sound that’ll get you singing along in no time. Masked Intruder is fun, weird and definitely a little bit unsettling—but that’s what punk rock is supposed to be anyway. –Ricky Vigil