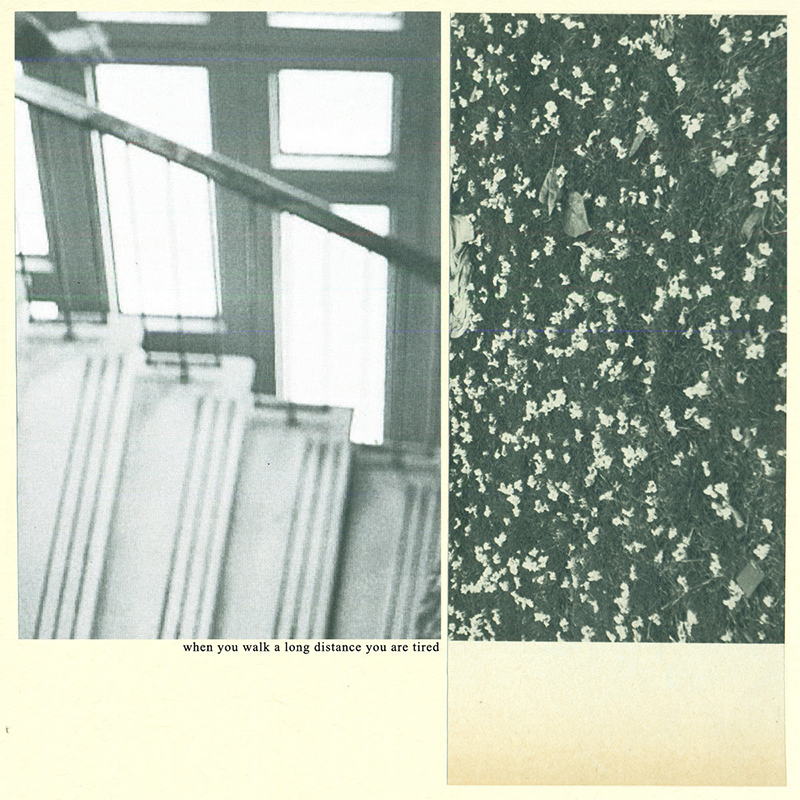 Mothers - When You Walk A Long Distance You Are Tired

Review: Mothers – When You Walk A Long Distance You Are Tired

Mothers
When You Walk A Long Distance You Are Tired

What was music before Mothers? The anomalous quartet from Athens, Georgia challenge the mainstream, the underground and the culture with When You Walk A Long Distance You Are Tired, a purposive labor of artistry that culminates into one hell of a debut album. Sliding from back-wooded symphonies to flourished alt-rockers, founding member Kristine Leschper—hedged by drummer Matthew Anderegg, guitarist Drew Kirby, and bassist Patrick Morales—acts as a voice in the orchestral wilderness, shaping a new standard whilst leaving ego to the birds.

When You Walk is achingly good: the pierced-heart, splintered-bone, blurred-eyes kind of good. That it is only Mothers’ first full-length album is a wonder. “Too Small For Eyes,” the opening track, transcends expectation with a vulnerable Leschper trilling over delicate acoustic picks and 19th-century strings. (The string arrangements are courtesy of McKendrick Bearden of Grand Vapids and weave throughout the LP, setting a sylvan tone fit for a Josephine Decker drama.) “Nesting Behavior” sinks like a forlorn ship, a cello posing as Leschper’s morose male counterpart, while a weeping violin harrows the tone of “Burden Of Proof.” The singer herself is transparent, her timbre like a branch: fragile, yet capable of withstanding the elements and bearing heavy fruit. Braced with rustic imagery—unmade beds, gathering twigs, feathers, old milk—she scales the bars like a sad nightingale.

When You Walk’s composition is rid of excess, but don’t let Mothers fool you: They mesh as well with Soundgarden as they do with Mazzy Star. Kirby’s chord progressions and tempo changes, as seen on “Copper Mines,” “Lockjaw” and “Accessory Cloud,” certify that whichever tracks are not pastoral are full-fledged grunge. Mothers, as it were, are for everyone.

When compared to the nature of their contemporaries, Mothers are contrarians. Rather than decide between a noteworthy vocalist or a noteworthy band, they ditch the narcissism and opt for both. The wistful “It Hurts Until It Doesn’t” could very well be a Beach Fossils jam, that is until Leschper wails; in turn, were it not for its multi-layered medley, “Hold Your Own Hand” could be Jessica Pratt. The combination achieves a qualitative balance lacking from, and necessary to redeem, modern music. That they do not just settle for one or the other—that Leschper’s voice does not boast over a bland acoustic set, that Morales’ bass does not drown out a lo-fi baritone—not only defies the current trend, but establishes a new one: to try, dammit, and try again.

Mothers will be on your next Spotify playlist and the mixtape you make for your crush. They will be the band you Shazam at your local coffeeshop and listen to on the drive home. A music-lover’s ideal—emotive yet experimental, structured yet spontaneous—Mothers are a reproach to the easy way out,  their vocation in making music trumping only their ability to do so. At one point on the album, Leschper sings, “I was crushed by the weight of my own ego.” It is a staggering lyric given her lack of it. To extend rather than focus on one’s self is uncommon in this day and age, but it is Mothers’ unrivaled distinction. Individually, they raise the bar; as a whole, they sustain it. With Mothers there is no ego, only talent.