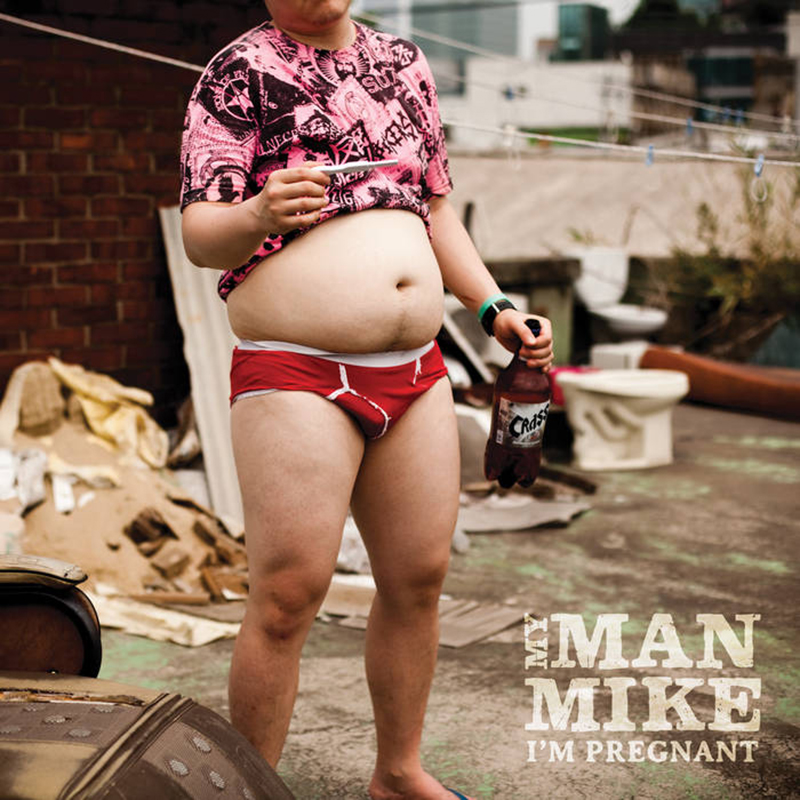 Although you might not actually anticipate a child from this multinational trio, listeners can expect the same thrashing powerviolence heard on MyManMike’s last album, Will You Marry Me? The band taps on the brake for I’m Pregnant, reducing their pace but still engaging fans in a high-speed chase. MyManMike pay tribute to the hardcore punk roots of powerviolence by integrating a heavier sound in their most recent endeavor. The band, based out of Seoul, features South Korean bassist and vocalist Sunwoon, U.S. guitarist and vocalist Mathew and drummer JP from France.

After coming together in 2011, the group began performing covers of bands like Punch, Victims and Tragedy. They didn’t release their own work until 2013, when they dropped their first album. After their second album, I’m Pregnant, the DIY unit has proven that hardcore translates across cultures. MyManMike recorded the tracks at Union Studio and Bubblegum Sound in South Korea, then shipped the product to be refined by Benoït Courribet at Cylens Mastering in France.

I’m Pregnant opens with the chaotically quick drumming of JP and moves into the alternating bellows and wails of Mathew and Sunwoon in the song “Pigeon King.”  MyManMike seem to continue in the lyrical vein of Will You Marry Me?, criticizing the political leaders and elite of each band member’s respective country. However, this song departs from national and international affairs to comment on scene politics. “You are the king of the mountain,” says Mathew. Sunwoon clarifies the statement by saying, “Lord of shit and everything depraved.” Accompanied by a swift bass and guitar, the message gives the song an air of intensity. Mathew closes the song by growling, “God of shit and ecstasy.”

Clint Eastwood introduces the fourth track with a line from Dirty Harry. MyManMike stomp in during Harry Callahan’s discourse to rough up listeners with violent vocals and raging riffs. The musicianship in this track delivers punches that make it difficult for anyone within hearing range to keep their head upright.

MyManMike use their two vocalists to create unique lyrical situations. In the seventh track, “2 Choices,” Mathew sings in English while Sunwoon sings in Korean. While this song demonstrates lingual differences, another features the vocalists enacting two different points of view surrounding an abusive relationship. In “Baby, I Only Do That Because I Love You,” Sunwoon poses as an abusive partner while Mathew encourages the abused to take revenge and expose Sunwoon’s character.

The album ends with, “Follow the Herd.” It begins with all instruments playing quick sections of rhythm in unison, each separated by feedback. The lyrics, as the title suggests, discuss the status quo and society’s tendency to adhere to it, no matter the consequences.

Some of the tracks off of I’m Pregnant were used in splits with the bands Seized from Indonesia, Prisoner639 from the U.K. and Belgium, Acid Shark from the U.K., and Share Your Needles from Belgium.  After five years together, the fastcore unit just finished a tour of Southeast Asia and will embark on a European tour this summer.

MyManMike are an international powerhouse. Listening to I’m Pregnant will jolt awake anyone who is sleeping on hardcore scenes outside the US. —Emily Anderson