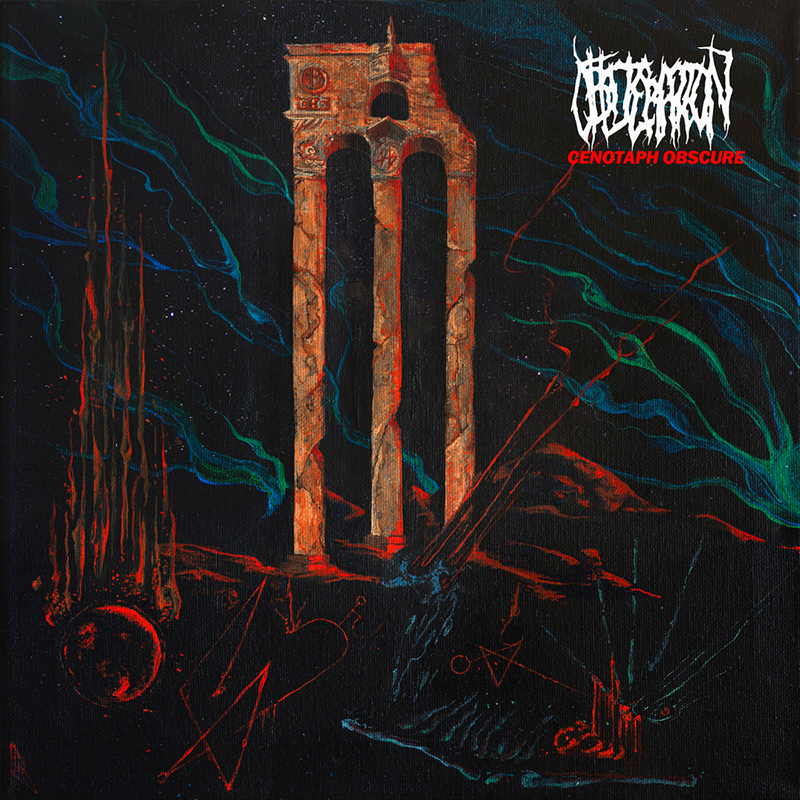 Norway isn’t some magical hub where every single band rules—I’m not one of those pricks who needs 80 patches on my jacket to prove I like some band more than you, and I’m definitely not one of those worse pricks who buys a ticket to Oslo to go on some lame pilgrimage to visit the McDonald’s that opened up on the spot where the legendary Helvete once stood (for those who don’t know, it’s the record store started by Mayhem’s now-deceased guitarist Euronymous, an actual magical hub where the second wave of black metal began in no small part). Every once in a while, there’s a mediocre band with a mediocre release from Norway, even if it’s satisfyingly disgusting. Don’t get me wrong, I love me some charred-black death metal, and Obliteration deliver the goods.

Obliteration came late upon the scene in 2001, and … ya know, they’re OK. It’s not like a new Forgotten Woods album just dropped where the band reunited with all of the members who recorded The Curse Of Mankind. It is some pretty cool death metal, mind you, just nothing groundbreaking and nothing to write home about. Maybe I’d post it on a buddy’s Facebook wall with the caption: “This is pretty ite! You do own Autopsy’s Shitfun on cassette, though, so maybe I’m wasting both our time.” The vocals remind me of Autopsy, and the guitar riff progressions aren’t pleasant or melodic—rather, they harken the listener back to the late 80’s heyday of gross, gore-obsessed, satanic death (insert Thumbs Up Emoji here). “Eldritch Summoning” has a title that’s probably enough that he were still with us today, H.P. Lovecraft would tell the underground community to chill the fuck out on the use of his trademark word. He’d probably forgive these guys for keeping it real with the dynamic, old-school beats and frenzied, variant tempos on the track, though, and I hope if you take anything away from this review, it’s that these guys are better than 99.9 percent of the garbage coming out these days. “Tumulus of Ancient Bones” is a soulside journey into a cassette crypt of old Death-styled, picked tremolos directly leading into the instrumental, atmospheric “Orb” interlude. In my opinion, the combination of these two tracks are the high point of the release.

I do appreciate how tripped-out and spacey Cenotaph Obscure is, and it gets my coveted seal of approval and 3/5 stars.—Alex Coulombe