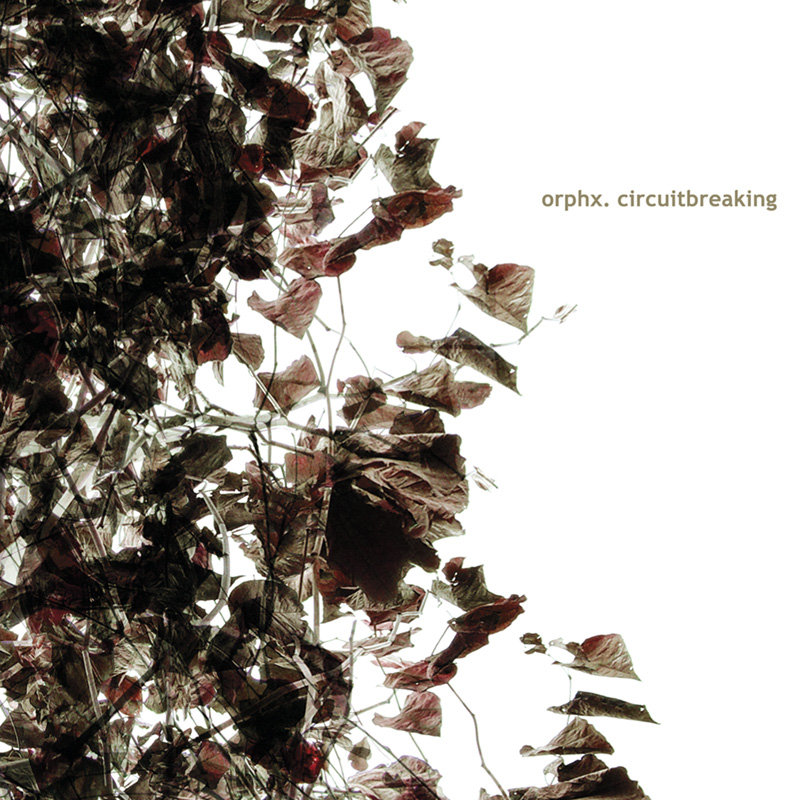 Inspired by reactions to the negative impacts of economic globalization by different groups around the world, Circuitbreaking is a compelling release that couldn’t come at a better time. Orphx began in the early 90’s as a group of three people experimenting with homemade instruments, found sounds and improvised rhythms. Working solo on Circuitbreaking, Rich Oddie, a Ph.d candidate in environmental politics in Toronto, breaks out a powerful masterpiece of subtle rhythms enhanced with sly samples of protests, speeches and films on the subjects. Disorderly beats in a stream of order convey Oddie’s ideas without being obvious and intrusive. Hypnotic, trance-like pulsing on the ten tracks are broken down into five tracks named “circuits” that weave between the non-circuit tracks, beginning with “Signal to Noise”, an excellent piece with delicate bleeps almost reminiscent of Squaremeter. “Remote Control” takes it up a notch with heavier rhythms with more of a tribal, electronic feel. “Simulacra” slows it down and adds a distant IDMish melody that extends across “Circuit III” to “Simulacrum,” but this time with a speech and a change in the rhythm. Some blatant rhythm noise on “Critical Mass” takes political chants and beats into the perfect finale for Circuitbreaking. This is truly one of the best albums released in 2004.
This review originally appeared in Modus Operandi, January 2005, Issue 193.