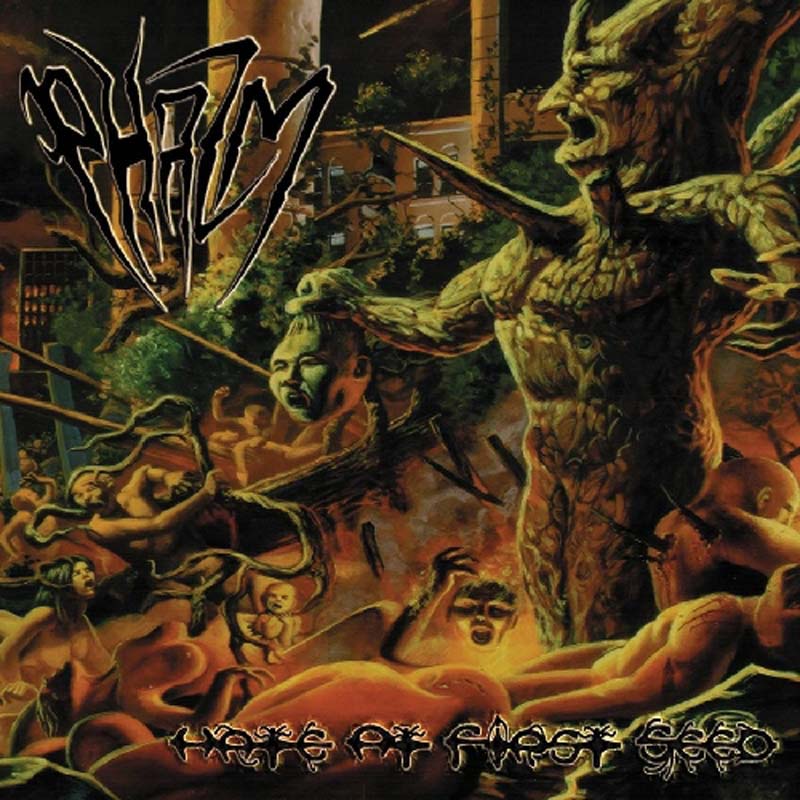 Phazm are a French band that sound more like Amebix than any of their death metal contemporaries. This came across during the first listen as kind of plain, as there weren’t any other elements added to their brand of brutal metal, but there is enough going on to keep the disc playing all the way through. There are plenty of off-the-wall type lyrical concepts and unusual riffing and vocal styles, though it felt like something was missing. Waiting for more!
This review originally appeared in Butcher’s Block, May 2005, Issue 197.