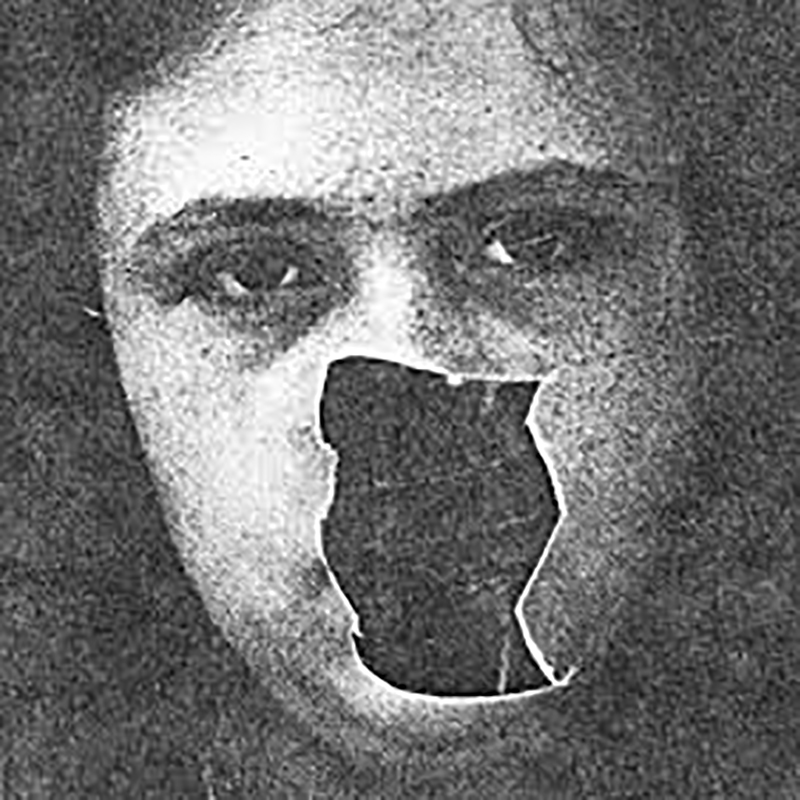 Rainbow Mirror is the new album by noise icon Dominick Fernow, released under one of his most celebrated monikers, Prurient. This time, Fernow is joined by Matt Folden and Jim Mroz to create a trio with more sonic variety than previous Prurient releases. With the bonus tracks, Rainbow Mirror is nearly three-and-a-half hours long and comes attached to an abstract, sermonizing short story. All accounted for, this album experience is demanding and often alienating, even though the general temper is more subdued than on earlier Prurient records.

There’s a stark asceticism to Rainbow Mirror in both its philosophic content and sound, leading to a record that feels like it’s constantly in battle. The music fights against the listener, nature and itself, gathering tension over its lengthy run time. Fernow and company have created a musical object that transcends casual listening, and this album often feels more endured than it does enjoyed. Still, that seems to be the intention. Listening straight through feels like submitting to heavy, atmospheric forces, and understanding this otherworldly power is more important than attempting to conquer it.

Given all this, the title seems a bit misleading. While there is a wide variety of instrumentation here, it’s anything but colorful. If anything, the Rainbow Mirror is the dark underside of vibrant colors—the album’s palette is full of black, grey and forest green. Still, Prurient toys with lightness in an intriguing way. Towards the end of “Chaos-Sex,” a set of airy synthesizer pads enter in so quietly that you have to strain to hear them beneath the layers of static. This small glimpse of more reserved music is repeatedly buried by the stubborn persistence of volume and extremity.

Building more on this tension, some of Rainbow Mirror’s best moments come when the harsh atmosphere dies down a little. “Cruel Worlds” begins with what sounds like a lone shamisen, and the subsequent mixing with traditional noise elements feels more balanced than it does elsewhere. Instead of hammering out the silence and harmony, the trio lets the somber string playing have the spotlight before they move into some gorgeous dark ambient sections. This gives the track a coherent structure and forward motion, making the 15-minute run time feel more expansive and less exhaustive than other tracks here.

Given the length and scope of Rainbow Mirror, it’s easy to compare it to other media, most readily that of film. Tracks like “Okinawan Burial Vaults” and “Blue Kimono Over Corpse” are almost entirely composed of long, textural segments that feel like a slow pan across a desolate landscape. The two-part, nearly 30-minute closer “Buddha Strangled in Vines” follows one, stabbing keyboard motif throughout. After an extended onslaught against every other sound in Prurient’s arsenal, it feels like the track’s protagonist is beaten and weary but nonetheless accomplished.

The connection between noise music and grotesque violence is almost obligatory. Prurient has always dealt in conceptual extremity (The History of Aids, Golden Swastika, Cocaine Death), and much of Rainbow Mirror is obsessed with Eastern burial rites and the decimating power of nature. Noise is often disgusting and abrasive, and so are natural disasters, death and populist extremes. At this point, these comparisons are too easy to make. Fernow’s music has never stopped evolving, and Rainbow Mirror is firm evidence of that. Hopefully in the future his conceptual leanings can advance equally, creating new narratives for noise music that will keep it from stagnating in a state of reliance on shock value. –Connor Lockie