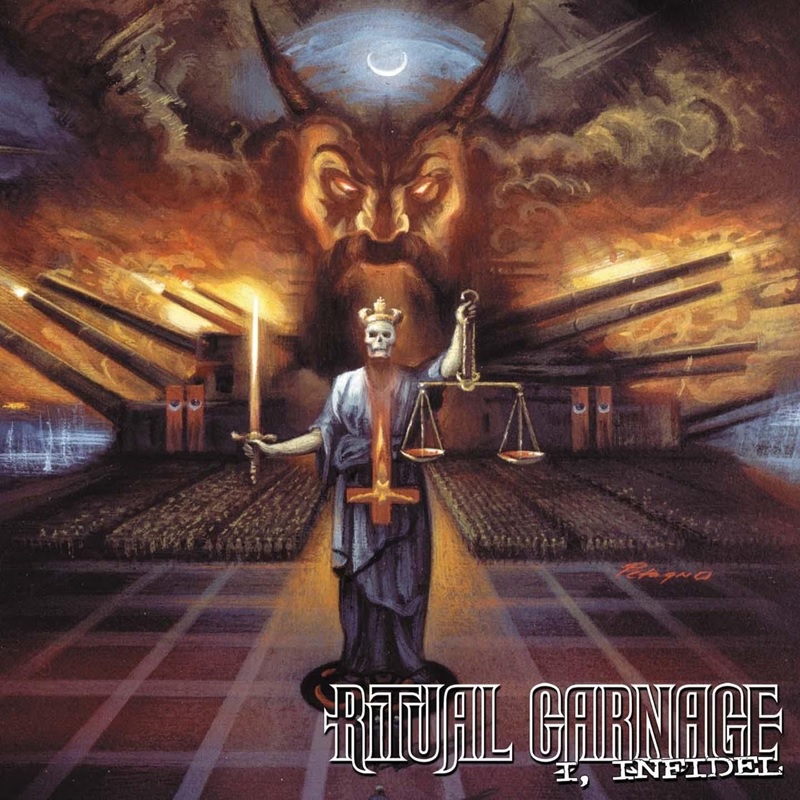 There’s a lot of declaration in metal these days—“I, Monarch!” “I, Infidel!” What’s the deal? Anyway, stuff from Japan usually kicks ass, and there’s no exception here. This is good, solid thrashing death in the late 80s style complete with an annoying vocalist. I can’t get past the vocals on this; they remind of that last album by another failed Earache band, Hellbastard. Good thrash, bad vocals. The future is bright, so make the right decision, guys!
This review originally appeared in The Butcher’s Block, August 2005, Issue 200.