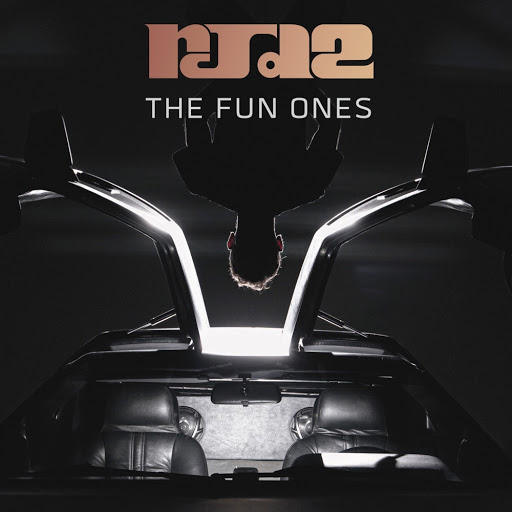 Review: RJD2 – The Fun Ones

RJD2
The Fun Ones

Four years since his last solo studio album, RJD2 is back with a fourteen-track master class titled The Fun Ones. Assembled in part using conversations from some of his contemporaries including Phonte Coleman, J-Zone, Kid Koala, Mr. Lif and Son Little, RJD2 creates something special here using the raw DNA of hip-hop and brass-heavy funk. Though the album is very instrumentally focused, at times The Fun Ones plays with vocals, creating a playful mix of genres that’s heavily influenced by the early sounds of hip-hop with the occasional bar laced in.

The Fun Ones kicks off with “No Helmet Up Indianola,” and you quickly get what this album is all about with its explosive snare hits and funky brass line led by an infectious saxophone, soon to be upstaged by classic DJ-ing and a ripping guitar riff. The use of percussion, from the thumping drum kit to the cowbell ringing in the back, adds to this feeling of ’70s-level funk. With the single smack of a snare, “Indoor S’mores” continues to add cool brass, with an intro accompanied by plucked and strummed guitar. The track ends with the scratching of vocal samples, and all to abruptly stop with the statement, “I look at music in terms of what does it allow me to do?” This vocal snippet fits well into the context of an album that is taking a bunch of musical elements that mesh well to create something that sounds simultaneously new and vintage.

Creeping in with the slow buildup of “20 Grand Place,” The Fun Ones brings its first string-heavy song as violins warm up among brass instruments. RJD2 kicks up a lot of disco-inspired feelings here. Continuing to introduce new styles to the album, “One of a Kind” is the first of the vocal-heavy songs, a track dripping with funky, ripping guitar. The track’s vocals and their delivery give a feeling of ’90s-era hip-hop as they talk about being one of a kind, with lines like, “I think it’s better being butter is better than being corn,” which can be seen as having your own smoothness and own flow is better than having something that may be more commercial but also comes off as corny.

You are hit immediately with the brass and bass in “High Street Will Never Die,” a darker-sounding track filled with tons of looming sub bass, sporadic sample cutting and vocal pitch shifting. At this point in the album, this track stands out for its modern feel, ominous atmosphere and the ambitious cutting-and-piecing-together of samples by RJD2. Like a light from within the dark vibes, “Pull Up on Love” sees STS and Khari Mateen giving James Brown–style vocal performances with cool collected rapping. Skipping a bit forward in the album, “The Freshman Lettered” hits with guitar strumming cut with smooth bass guitar plucking, all to culminate in a dreamy, percussion-led beat.

Towards the end of The Fun Ones, RJD2 brings in the more jam-sounding “My Very Own Burglar Neighbor” and the synth-heavy “A Salute To Blood Bowl Legends.” “My Very Own Burglar Neighbor” opens with a reversed sample and cymbal-tapping breaks with the accompaniment of heavy snare hits, vocals, hums and dancing piano keys. The album closes with the previously mentioned “A Salute To Blood Bowl legends,” a mix of synth and bass-y keyboards that build into a vocal scratch–led beat. This track remains calm with its key-heavy styling fading off into conversations talking about changes in the game and how important it is to be a part of a generation keeping the torch lit for a sound that may not be commercially successful, but is culturally important. This vocal sample brings this entire album home using styles that you may not hear as much in pop today, but whose importance culturally is being kept alive by a generation of musicians who came into the scene and the legacy of using the elements of funk, soul and disco as the gateway to kick off the beginnings of hip-hop.

RJD2 has created something that doesn’t only sound good but also feels good with The Fun Ones, an album mixing so many historically important and vintage styles into the genre of hip-hop that, as the name implies, is just fun. This isn’t an album that can just be read about—it’s an album that needs to be heard and needs to be experienced. Fans of funk, soul, disco, jam, hip-hop and, honestly, music in general will find something to love within The Fun Ones. RJD2 is keeping the torch lit with this one. –Connor Brady