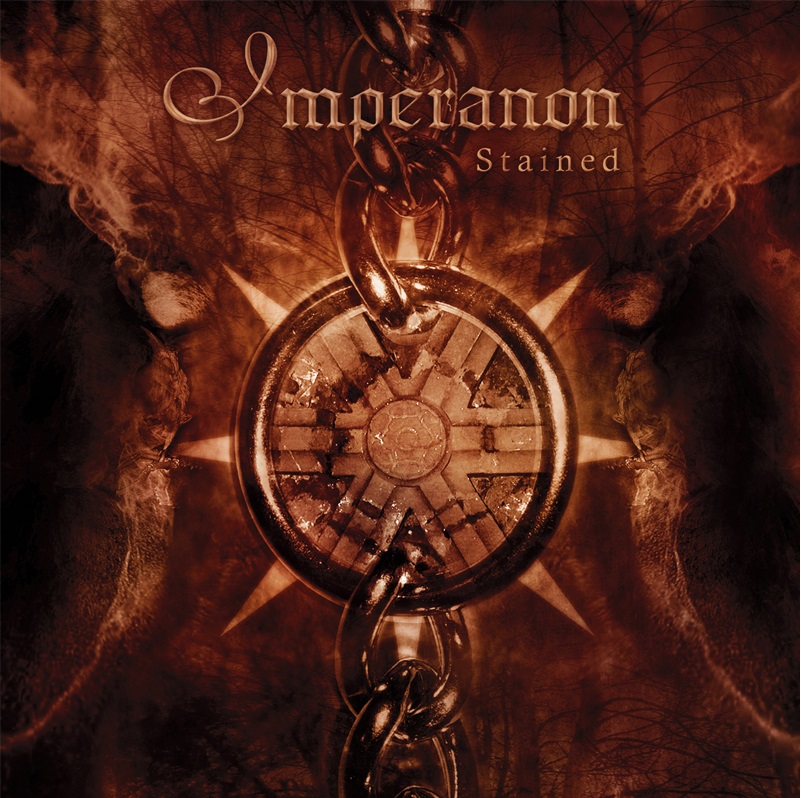 Stained is the debut from Finland’s Imperanon. With an average age of 20, and considering this album is their debut, you’d expect to hear metal with training wheels, but that’s not the case—not even close. This is ten tracks of highly-technical music that will make you sit up and listen from the beginning of the first song to the end of the last. While the comparisons to their fellow Finnish metalers Children Of Bodem will abound, this band has laid the ground-work to set themselves apart in the future. The guitar work, often complemented by keyboards, is the stand-out to an already outstanding musical offering. The guitarists of this band pull off every trick known to man and machine—sweeps, long complicated runs, etc. It seems like there’s as much soloing going on as singing, and that’s a good thing because the single downfall to this album is the horrible vocals. Other than some surprisingly strong, progressive metal vocals mixed into track 6 and female vocals on track 8, the singer uses a screechy death style that is almost totally devoid of any discernible range. It’s a damn shame too, because the clean male vocals in track 6 fit this music perfectly. For the most part, the vocals monotonous tone gets highly annoying. Bad vocals and all, this is still a band to check out. The music that this band has to offer is worth the price alone.

I’ve never been a huge fan of Malevolent Creation, but they gained my instant respect about 8 years ago by playing in what I think was someone’s work-shop after a Salt Lake venue with no license had to shut down their show with Forbidden at the last minute. I can’t remember exactly what happened, but the band played on in a cramped setting with everyone gathered around. Unfortunately, Forbidden was a no-show for the impromptu performance. Then years later, while on tour with Internal Bleeding, there was trouble due to piss-poor planning of the tour manager. Internal Bleeding never showed, and even though they were a little late to arrive, Malevolent Creation played on.

Despite an ever-revolving line-up and situations that would rival, or at least remind you of something that could have happened in the movie Spinal Tap, sole original member and guitarist Phil Fasciana is the one that keeps this band playing on. With the exception of the drumming position, Phil kept everyone together from the last album, The Will To Kill. Vocalist Kyle Symons is back for a second round, replacing Brett Hoffman on the last album (Brett Hoffman – once in the band, then out of the band, then in jail, then in the band – currently out of the band). Phil’s also joined by Rob Barrett on guitar (Once in the band, out of the band for six years, then back in the band), Gordon Simms on bass and even though he got the entire band arrested because he had three ounces of pot on him, Dave Culross is back in the band on drums.

While this band never strays too far from the punishing, death metal style that they’ve been playing since the ‘80’s, Warcult is Malevolent at their finest. The speed of their music is tempered by a serious groove, while the groove is kept in check by unadulterated brutality. There’s a sense of urgency to the music this time around. It sounds as though the band has gotten all of the b.s. out of the way and are starting fresh. This is good.

This review originally appeared in Written in Blood, September 2004, Issue 189