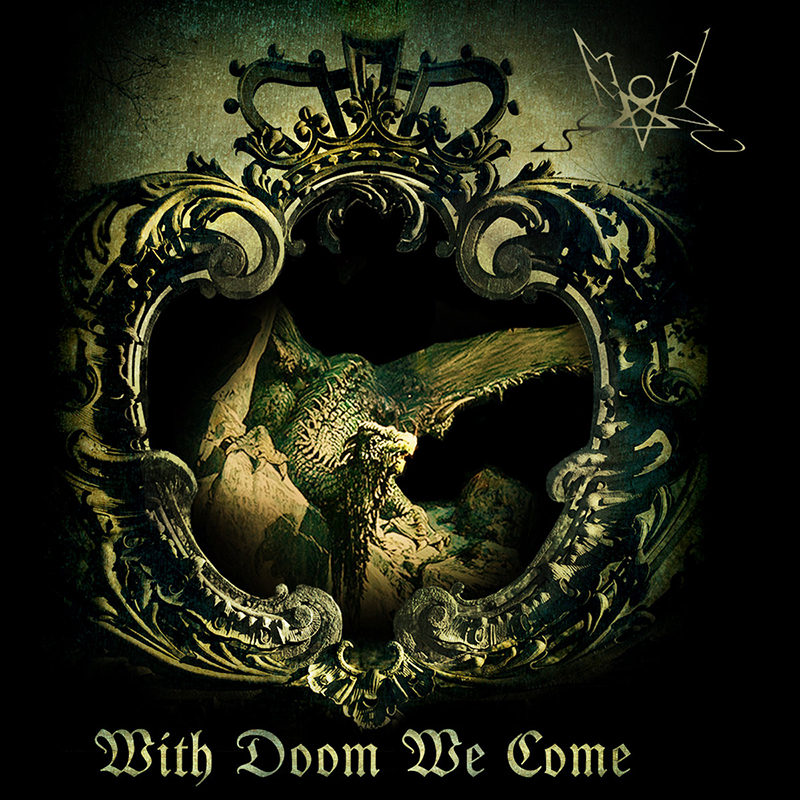 Review: Summoning – With Doom We Come

With Doom We Come

I admit that I am a Summoning novice. I have not fully explored the band’s discography, which is as epic and grandiose as the music that the band puts to tape. With Doom We Come is shoving me in that direction, however. 2017, for me, felt like a lackluster year with stalwarts treading water and with only a small handful of releases that pleased my growing old-man-cynic palate. Yes, while I’ve listened to this release quite a bit all in 2017, it’s still a 2018 release. The biggest point of comparison I have for Summoning with albums I’ve listened to extensively is 2006’s Oath Bound (mostly because I still have the promo sent to me almost 12 years ago). It’s a stunning showcase of how much an artist can stay rooted in what they became known for as well as change so much. It’s no wonder the Austrian band maintains and increases a loyal fanbase to almost a cult-like status. Their Tolkien-inspired music also appeases listeners and genre fans who don’t have much interest in the vast amount of Tolkien-inspired power metal acts. All said and done, here it seems a bit futile because I’m sure that diehard Summoning fans could put my descriptions to school.

With Doom We Come feels quite connected to its title, in Tolkien lore as well as the overall feeling of the album. The title could be a reference to the “Ents’ Marching Song,” a song that the Ents sing as they march to Isengard. As is almost a trademark of Summoning, there are plenty of key and orchestral moments. On past Summoning albums, the keys often felt lighter. On With Doom We Come, the keys feel darker—an overall feeling of darkness and an ominous feeling. The album’s tracks do not follow a specific theme or story, as they are all individually themed, lyrically. “Herumor” was a Black Númenórean from the fourth age, a Dunedain that came under the influence of Sauron. “Carcharoth” is a large werewolf from the first age.

There is an interesting juxtaposition of the listening experience you can have: It can be an easy listen—a sort of background music—or a hard listen, something to follow intently and to try to glean every nuance that Summoning have included. This duality of listening experiences is nothing new for Summoning. However you may choose to listen, easy or hard, With Doom We Come consistently evokes a theme of darkness in the music, partly due to quite low depths of the keys, guitars and vocals. The layers are immersive with plenty of multi-tracking—again, not a new thing for Summoning. The band’s multidimensional releases are easily why they have such a robust following and are leaders among artists instead of followers, and why there are a great deal of artists who imitate Summoning’s ethos and sound.

Tolkien’s world obviously contains a great deal of darkness. As with “Carcharoth” and “Herumor,” With Doom We Come feels without ultimate victory. There are tales of battle, such as “Night Fell Behind” that ends with the lyric “Our business is like men to fight, and hero-like to die!” “With Doom I Come” exclaims, “Death to light, to law, to love.” Summoning are storytellers with their lyrics but more so with the musical element. Listening to With Doom We Come significantly feels like the listener has experienced a grand story despite that the album is just over an hour’s length. While I get a weighted, dreadful feeling listening to this latest offering. That doesn’t mean that other listeners might feel something a bit different, because with each listen, I find a different rhythm or melody I didn’t find before. A story’s words may be more focused than its musical accompaniment, but it’s still open to different interpretations. Summoning’s music has always been built with layers, and this new output is nothing different, with many layers to discover and interpret. With Doom We Come is another exciting addition into the anthology of Summoning. –Bryer Wharton