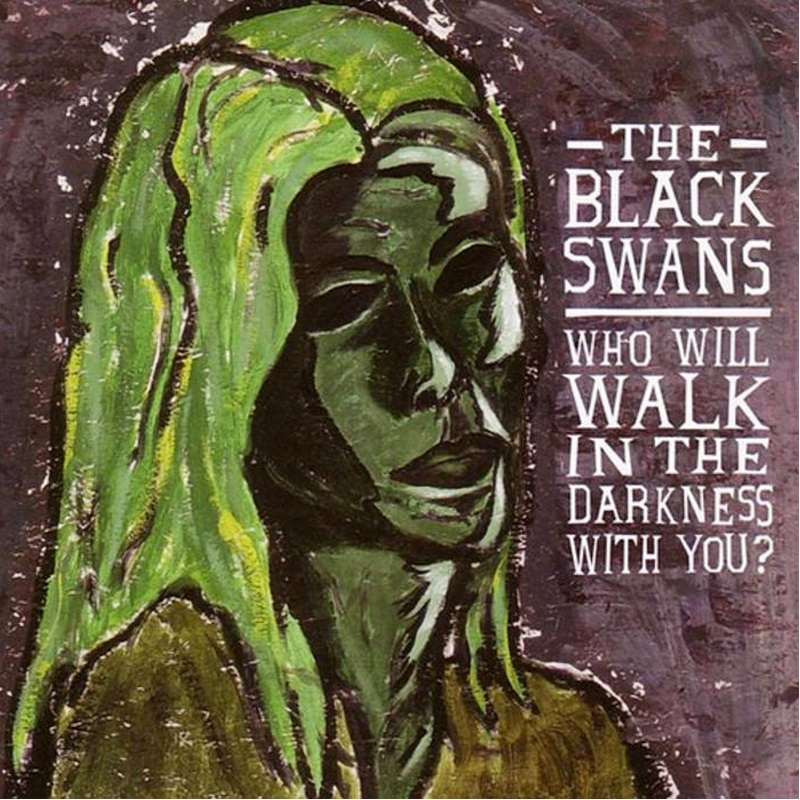 Review: The Black Swans – Who will Walk In The Darkness With You? THE BLACK SWANS
WHO WILL WALK IN THE DARKNESS WITH YOU?

Having recently listened to The Tiger Lillies masterpiece Shockheaded Peter: A Junk Opera I was primed for a slice of this overtly theatrical debut release from Jerry DeCicca and Co. What makes Shockheaded Peter brilliant is that even though it is a soundtrack the songs have a depth and life to them that allows you to forget the theatrical devices from which they were constructed. Who Will Walk In The Darkness With You? never escapes the confines of the structure. The dark folk rolling out like a black ocean feels like a special effect. The guilt, remorse and emotion feels like a scripted event. I’m more interested in finding something that feels real, even if the actual details are imaginary.