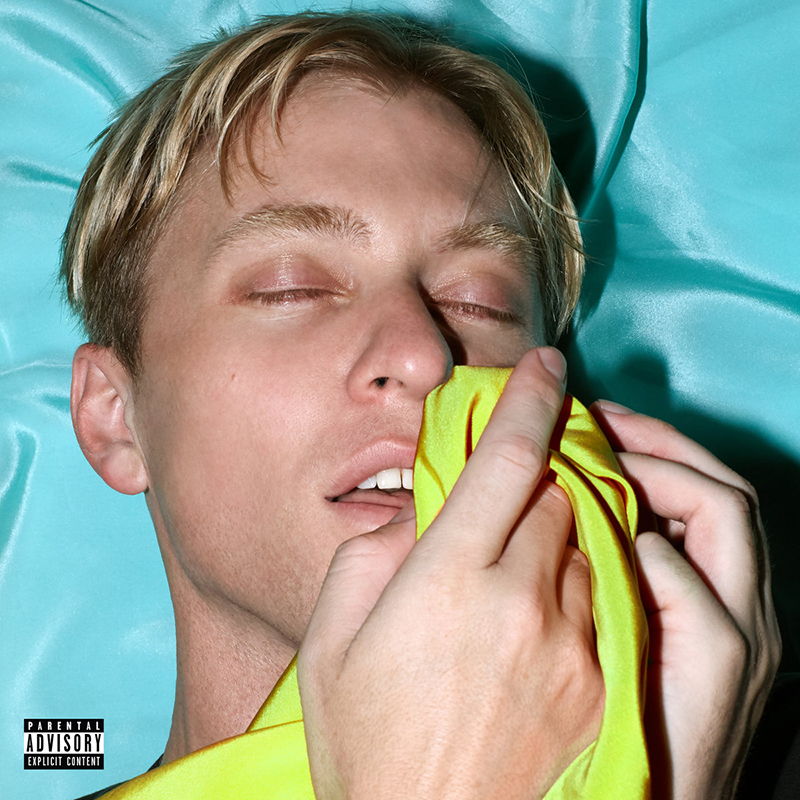 Brutalism marks the fifth offering by New York–based The Drums, birthed initially by Johnny Pierce. Named after a raw concrete style of architecture, Brutalism depicts the sonic equivalent of the juxtaposition of rawness and warmth as its namesake would indicate. The album was crafted between Pierce’s lake house in upstate New York and in studio at Stinson Beach, California, with mixing support by Chris Coady (Beach House, Future Islands) and his first use of a live drummer and kit for the percussive backbone.

This nine-track LP begins weirdly with “Pretty Cloud,” a speak and spell ,simple electronic track with an innocent desperation and sycophantic undertone. “Body Chemistry” opens the valve into a nihilistic, dreampop vibe with a cheeky and sardonic chorus—“I need some good luck and a good fuck.” The track speaks to the inevitability of our underlying chemical makeup that snags our process and, at times, complicates our trajectory. As the album progresses, Pierce gets bolder with funky sound effects and hooks matched up with sharp, cutting lyrics that draw hard, interpersonal boundaries—acknowledging the ongoing challenges to hold them. Certainly, the proverbial content warning on the cover is apt at times throughout the album. Title track, “Brutalism” embodies the analogy of hard truths layered with soft sentimentality. The electronic baseline of the track evokes the cement construction of a brutalist building underpinning the lyrical vulnerability beneath. Clearly, the accompanying album artwork adheres to this track with the image of nuzzling an article of clothing in complicated reverence for its wearer.

Multiple tracks inhabit a sort of mawkish pleading for relational healing and reconciliation, while others take a sharper turn toward blaming the apparent other. This LP serves as a walk inside the oscillating emotions and intentions of a broken heart ostensibly early in the processing phase. There’s an inherent gentleness and introspection to the narrative, even set to the more rough-edged aural palate. This balance is best embodied in “I Wanna Go Back” and “Kiss It Away.”

“Nervous” begins the closure of the collection with a slower ballad that’s reflective of new beginnings and possible reconciliations with a downright noisy sonic bridge that slipstreams back to the acoustic start—perhaps representing punctuating the friction of the depicted moment. Brutalism ends with “Blip Of Joy,” a more dreampopy and cautiously upbeat track celebrating renewal and the breakthrough of hope and healing.

Brutalism is exactly what it purports itself to be; simple in sentiment, at times harsh and impenetrable, and internally soft and loving. The LP is not an easy listen, yet is rich with emotionality and not at all overproduced or florid, making for an all-around short-order indie treat. –Paige Zuckerman