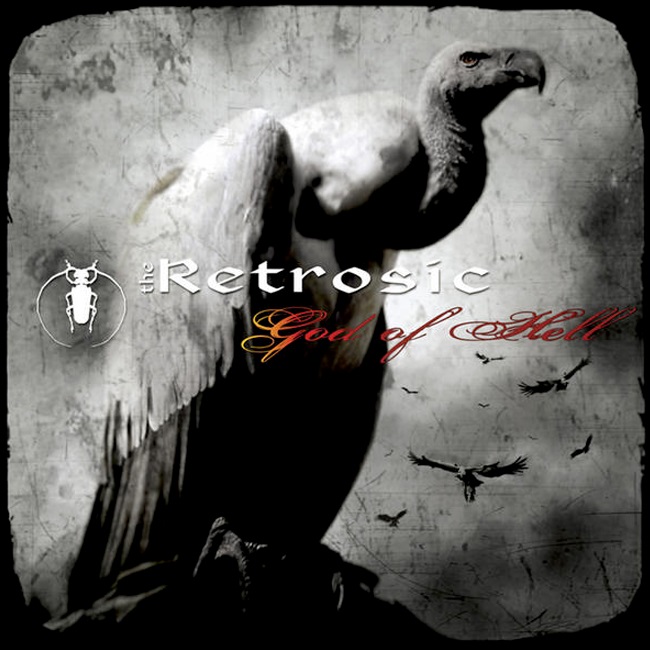 Review: The Retrosic – God Of Hell THE RETROSIC
GOD OF HELL

Prepare yourself for another new act storming into the U.S. industrial scene. The Retrosic has already been named #1 in the German Alternative Charts, “Album of the Month” in several music magazines and the winner of several “soundchecks.” The comparisons are obviously going to be of Wumpscut (even the grainy photos and fonts have a Rudy feel to them) and Suicide Commando with precise, militant beats. “Storm” starts soft with an Indian flute, the beat kicks in Commando-style, and vocals scratch at your ears until the break of dramatic strings comes in. A music video of “Storm” is part of the CD and captures beautiful black-and-white visuals, including a post-apocalyptic city that every rivethead should want to live in. The visuals add some points to the likeability of the song. “Maneater” is the second track and probably my favorite, or at least, most-listened-to track of the album. “Elysium” breaks out of the ordinary with some Middle Eastern beats and chanting while maintaining the militaristic beats—a low point of the album for me. Other tracks that will find their way to the dance floors are “Antichrist” and “Dragonfire.” The Retrosic is an act that is hard to ignore—I find myself coming back to God of Hell repeatedly.