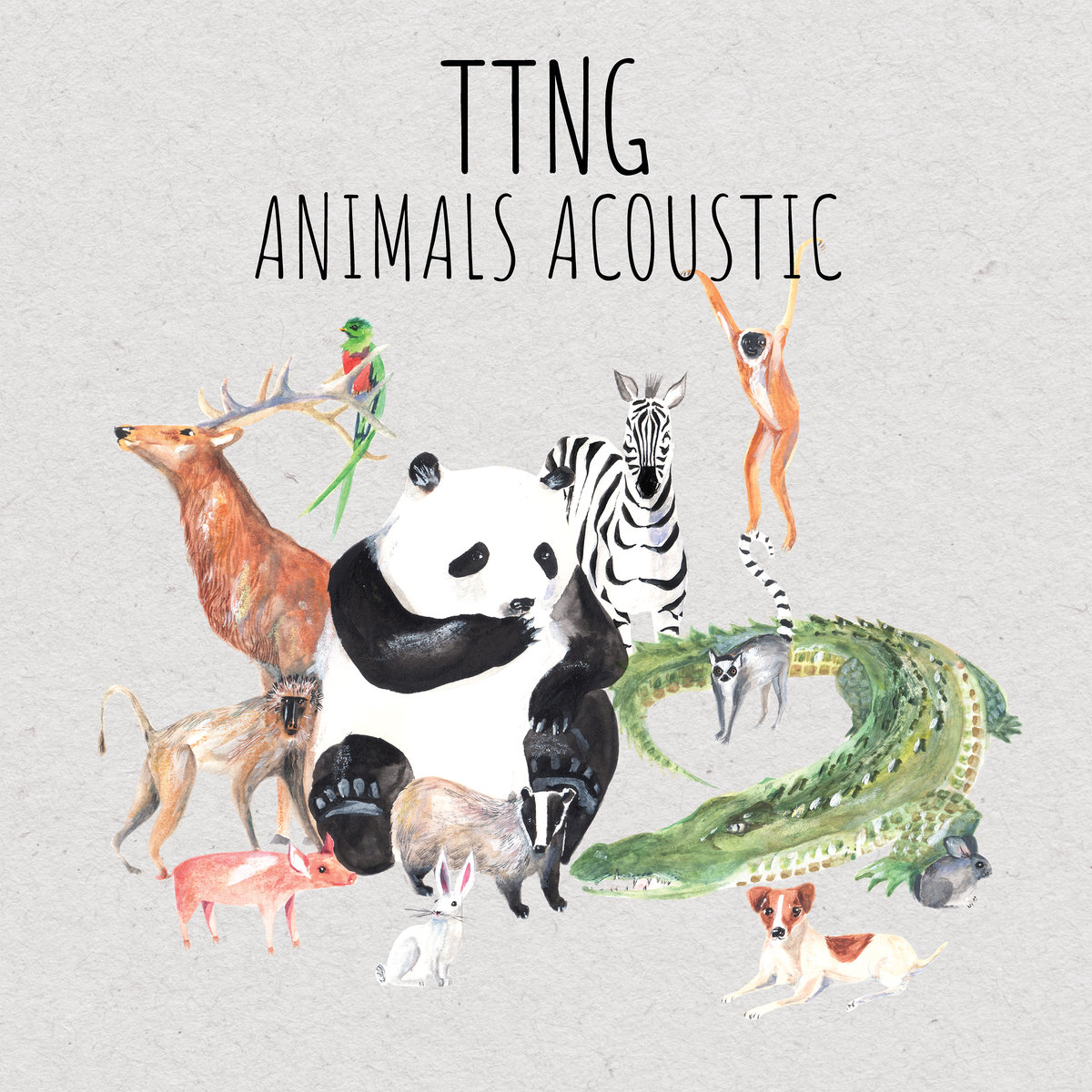 It’s not often that I get to review a band that I’ve reviewed before, and it’s certainly not often that I get to review an album that holds so much nostalgia in its quick guitar melodies and pining vocals. TTNG have done it again, in quite a literal way, releasing an acoustic reboot of one of their most popular albums from about 10 years ago, Animals. Having listened to its predecessor over many years, I approached Animals Acoustic with more than a little scrutiny and seriously high expectations. I can confidently say that those expectations were not let down. Stu Smith’s vocals usher twisting melodies, catchy rhythms and the smooth lullabies, creating a colorful cascade that pulses intoxicatingly with each song. Animals Acoustic is a masterfully polished album which flows from beginning to end effortlessly, with just the right amount of groove, energy and complexity at every moment.

TTNG hold a special place in my heart as one of the bands that got me into the magical world of math rock. Their sound combines complex and syncopated beats with quick and intricate melodies, painting elaborate musical portraits with every riff, rhythm and bass line. You can probably guess the theme of those portraits this album—animals. Each song—and there are a generous 13 of them, each named after its own curious creature—casts new light, new energy, new perspective over a musical wilderness that is both provocative and beautiful. Honestly, I didn’t think that math rock would translate well into such an acoustic format, but TTNG have pulled it off in style with Animals Acoustic. Hand drums, marimbas, acoustic guitar and wistful vocals transport me to a musical jungle each time I spin this record, and bright rays of sunshine from a small orchestral accompaniment invariably captivate me with their serenity in songs like “Dog” and “Badger.”

Animals Acoustic is a comprehensive reworking of an album that TTNG released back in 2009, Animals, when the band was still known as This Town Needs Guns. Where Animals was an electric flurry of drum fills, guitar tapping and wistful singing, Animals Acoustic keeps things—as you might have guessed—acoustic. This album is a bit softer, a bit more refined, and all of the songs have been reordered to lend the album a new and improved flow. Compared to its predecessor, Animals Acoustic is considerably more accessible, owing to its smoother progression and tamer drum grooves. While the album’s rhythms don’t have as much bite as they used to, expert use of orchestral elements take up the slack and provide rhythmic and melodic counterpoint that brilliantly accents the soft percussion, acoustic guitar lines and mellow singing. Animals Acoustic takes the sound of the TTNG I knew and loved in a new and successful direction, debuting fresh sounds and styles, while maintaining the syncopation and melodic complexity that got me hooked on math rock in the first place.

For a band who have, until this point, relied heavily on sharp electric guitar and warm electric bass in the past, I’m extremely impressed by the new colors TTNG have donned with Animals Acoustic. This album is filled with soul, in the form of soft but remarkably complex acoustic guitar tapping, and laid-back but impeccably orchestrated percussive grooves. I’ve never heard a band remaster one of their old albums the way TTNG have with this release, and they’ve convinced me I  want more of it! If you’re an old fan, or you’ve been interested in math rock but just haven’t known where to start, I can’t recommend picking up Animals Acoustic more! –Alex Blackburn