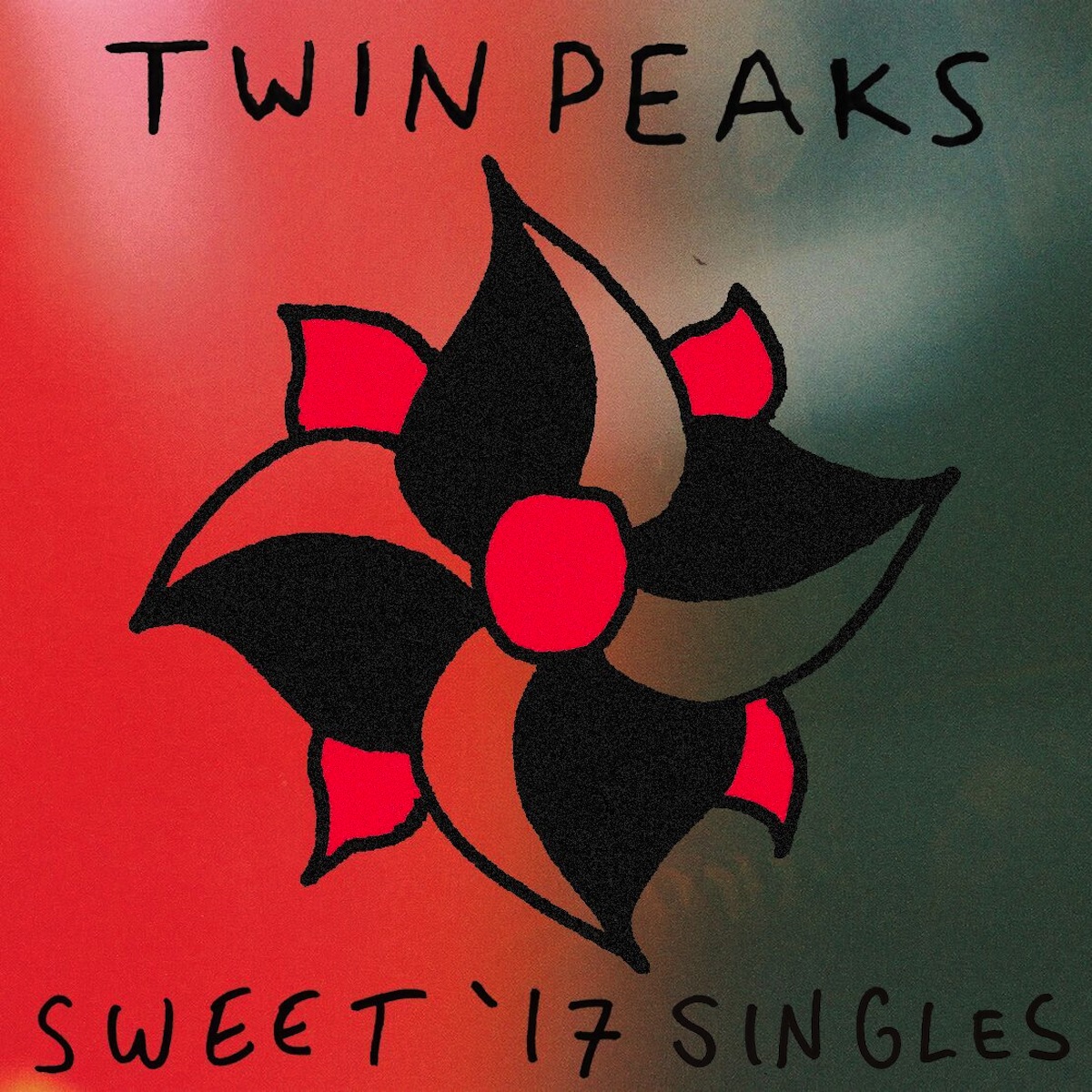 I think we can all agree that 2017 was not a great year—some may even goes so far as to say that 2017 was a shit year—but Twin Peaks made sure to close the year out on a high night. Twin Peaks wrapped up and compiled their collection of 12 singles (one for each month). Sweet ’17 Singles comes as a continued offering by the group, who has been touring for what seems three years straight in addition to releasing 2016’s Down In Heaven. To say this band is made up of workhorses would be an understatement, and what comes as an even bigger surprise is the consistent quality and innovation, as well as the sense that the band can’t get burned out.

Sweet ’17 Singles started off by offering up the tracks “Under the Pines” alongside “Tossing Tears.” “Tossing Tears” brings about melancholy with its lyrical tone, and keeps you mesmerized with a unique instrumental closing to the track, whereas “Under the Pines” remains true to the upbeat formula we come to expect from Twin Peaks with its energetic guitar riffs and distortion-led yelling of the song’s title. Next up is the track “Shake Your Lonely,” which features the vocals of Marisa Nakamura. She acts as a soothing counter to the sometime sharper and smoky vocal Cadien James provides. You also get a subtle twangy guitar that lingers and helps create a more folky atmosphere on the song.

What I love is the always changing tone of this collection as instrumentals and atmospheres continue to alter with different band members singing from track to track. In “Sun and the Trees,” the initial guitar and drums give off an early The Smiths or The Church sound, and later progresses into something much more upbeat with its use of a chugging percussion and horn section. Bassist Jack Dolan leads the track “Blue Coupe”vocally, and I think his voice adds a nice break to the tracklist and pairs well with the calm and dreamy distortion.

Sweet ’17 Singles concludes with the songs “In the Meadow” and “We Will Not Make It (Not Without You).” “In the Meadow” uses distortion to its advantage, drowning the listener in a mix of trippy lyrics that try and stay afloat above a clash of drums and guitar riffs. “We Will Not Make It (Not Without You)” sends the album off in a great way, leading with piano and adding more instruments as the song progresses. The instrumental is the perfect send-off, as it allows the listener to take in everything this project provided without creating anything super complex or unnecessary.

Twin Peaks continue to outdo themselves as they release music while constantly touring, and Sweet ’17 Singles continues this by now also showing the band’s ability to shake things up instrumentally and vocally. Sweet ’17 Singles has a little bit of something for everyone, from the diehard Twin Peaks fan to someone who may not be down with all of the happy-go-lucky and upbeat sound. Look out for this collection of singles on vinyl–it’ll be a piece you’ll want in your collection. –Connor Brady (Urban Lounge: 3/24)