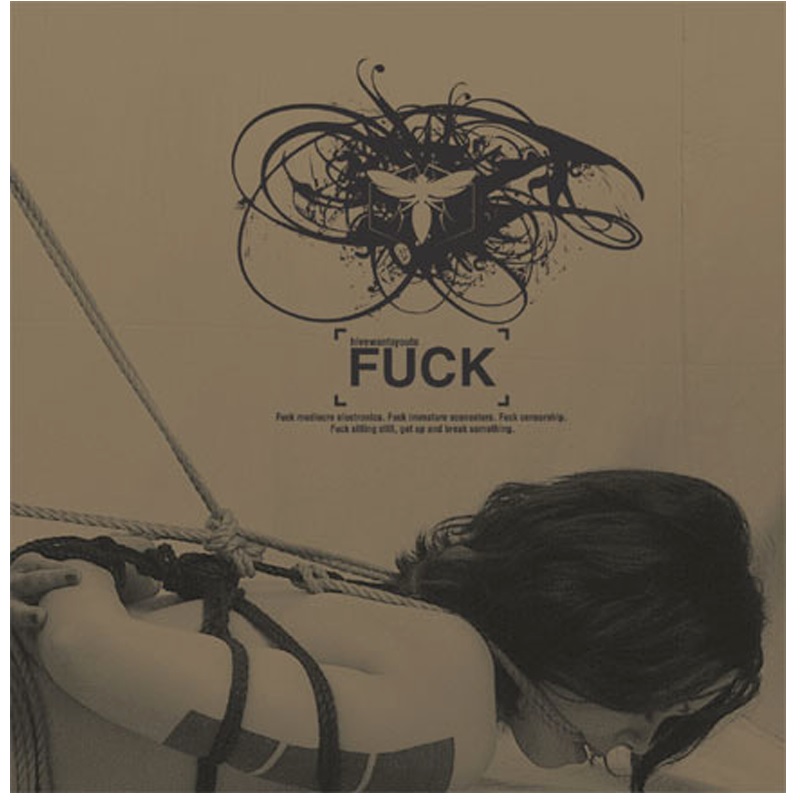 As a teenager, the idea of a compilation called, Fuck, the message to “fuck mediocre electronica” and the image of a female tied up in on the cover might have appealed to me, but seems like a tired idea nowadays and also deems irrelevant to the music. With that said, the eleventh release off Hive Records has sixteen tracks of some of the finest electronic music out now. One favorite comes from Railgun, an artist that is hard to find outside of the occasional comp, with “The trouble with progress”. A musician unfamiliar to me that manages to move me is 32nd Kalpa + Leaf with a track called “Paperdress.” Muted Logic, another good one that you can’t find enough of, gives a harshly-beaten track called “abort”. Lapsed is one you can’t go wrong with and “Ice Cold” is possibly my favorite track on Fuck. Iszoloscope has never disappointed and gets me shaking with a remix of “Suffocating Simoniacs.” Finally, Mago contributes a catchy little number entitled “hide.” Unfortunately, some of the unmentioned tracks could be described as “mediocre” on the compilation that want mediocrity to fuck off. A real low point comes with Concrete Cookie vs. Incredibad’s “Everybody dance!” – think “Baby got back” getting crapped on by Sir Mix-A-Lot. Incredibad sums it up. It’s possible that some of my negativity on this release comes from the fact that I waited several months to get this comp with the hard-to-find second disc and couldn’t find it. There were only 200 copies of Fuck with disc two. I have searched across the globe to find not one. I can’t help but think this is a disservice to the musicians who don’t want people to download their music. With genres branching out, it seems that compilations are becoming less common. Fuck was not a total disappointment, but didn’t live up to the hype either.