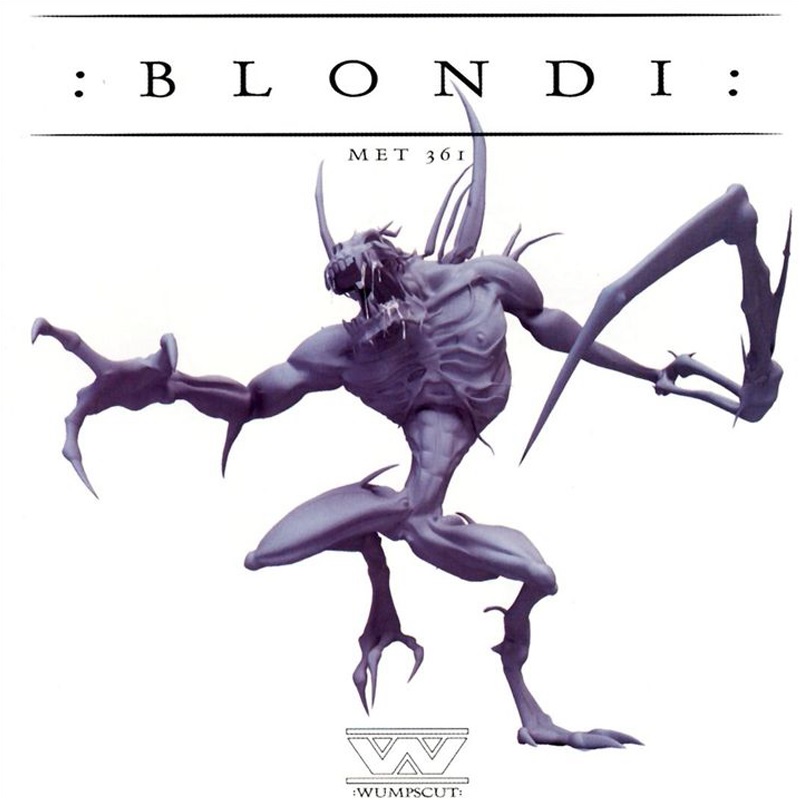 Blondi was the name of Hitler’s German Shepherd. Coincidence or not, Blondi is the name of Rudy’s latest bitch. Not even a year since Bone Peeler, this six-track single, with two original tracks, previews for the latest, Evoke. It starts with military camp sirens for “Rush,” a catchy, danceable, 4/4, monotonous, very Wumpscut-sounding song. Dismantled and Naked Beat both remix the song, but fail to do anything impressive. Der Blutharsch, who brilliantly remixed “Achtung” on Preferential Legacy & Music for a German Tribe, offer powerful rawness and deconstruct “Rush” the way it should be. “Don’t Go” brings in female vocalist Jane M. singing horribly repetitive lyrics along with Rudy on top of heavy percussion and an overly simplistic melody. The Wumpscut remix of “Don’t Go” attempts to go electroclash á là Fischerspooner, which is grating at first, but eventually becomes catchy. It still ends up being about two to three minutes too long. I never thought we would see the day that Rudy went pop.
This review originally appeared in Modus Operandi, April 2005, Issue 196.