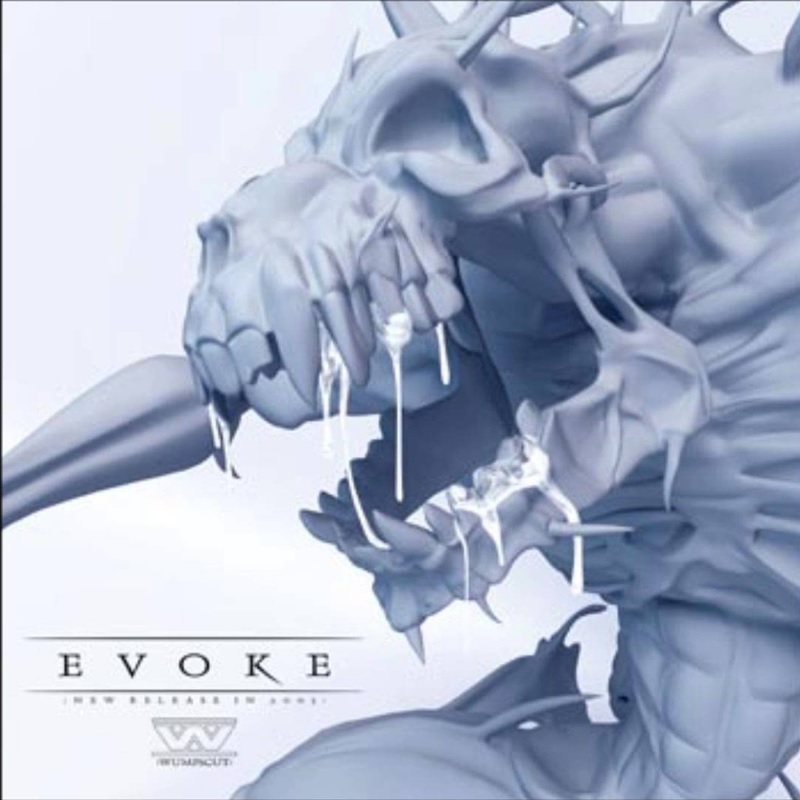 Because my expectations were pretty low due to the preview, the Blondi single, I’ll admit that I’m not disappointed with this release. The album starts off with a crackwhore waltz featuring the wretched female vocals that are like fingernails on a chalkboard on “Maiden.” Vocoder distortion helps her at random moments throughout the track, but not enough. “Churist Churist” is catchy in that irresistible Wumpy way with Rudy’s scathing, sexy man voice. The title track, “Evoke,” captures my heart with thumping beats and funky synths and a beautiful melody contrasted with growling lyrics of morbid love. I only wish the rest of the album could be as perfect as this song. The girl with the annoying voice is back on “Hold,” but she tones it down enough to make this pretty song bearable. Traditional :wumpscut: is interspersed throughout the album and particularly on “Breathe”—you get the sampling of a young child talking, breathing and beats. “Perdition” and “Obsessio” are both slowed down and nice and true to the style we are familiar with. Evoke closes with a remix of “Churist Churist” and “Maiden.” The graphics on this album are a low point for Wumpscut, with a computer-animated guy that looks like some computer gaming character. What ever happened to the WWII imagery, morbid old photos and fetuses? The more I listen to this, the more I love it. It seems this happens with every :wumpscut: album that has come out in the last eight years.
This review originally appeared in Modus Operandi, May 2005, Issue 197.