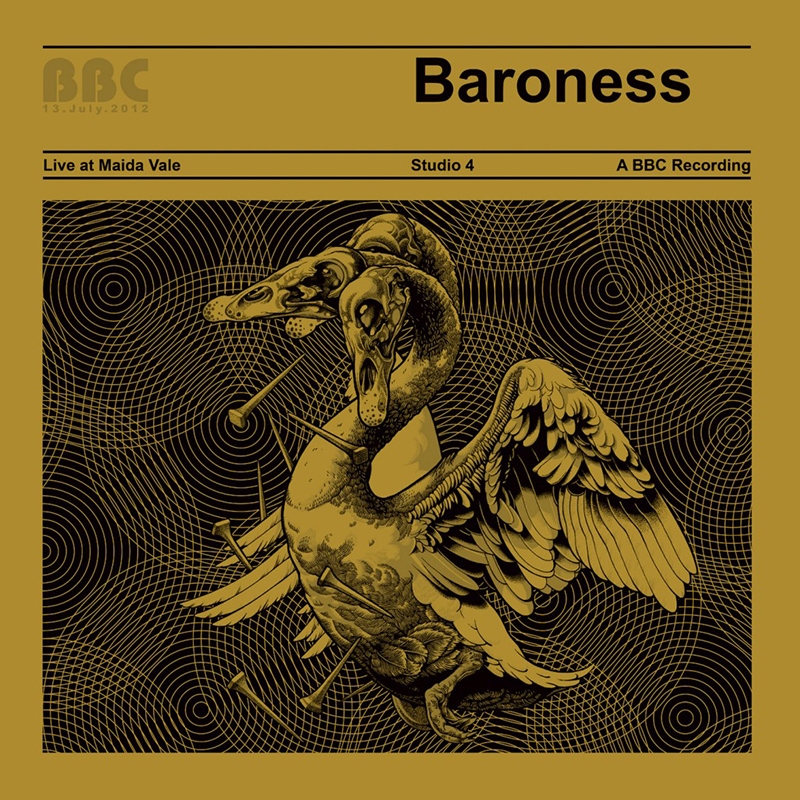 Baroness = Kylesa + Royal Thunder + Ghost
Collecting four tracks recorded live from Baroness’ 2012 album Yellow & Green, Live at Maida Vale showcases the band embracing their expansion beyond their sludgy origins. If you like guitars, drums and songs that talk about bones and might be about cocaine, then holy fuck, you should be listening to Baroness anyway, and this would be a great introduction. “Take My Bones Away” is the standout, just like its album counterpart. Near the end of the song, as the drums pound and the guitars soar and everything coalesces just right into the perfect headbanging storm, it simultaneously recalls the stomping fury of earlier Baroness and points into the increasingly proggy direction the band is heading. I do have a few gripes with this release, though. It’s only four songs long…We need more. And while Baroness is one of the most exciting entities in aggressive music because of their constant evolution, sometimes I just wanna hear the old songs, dammit. Still, Live at Maida Vale is a great little addition to their catalogue, and should get fans pumped to see the band return to the stage. –Ricky Vigil