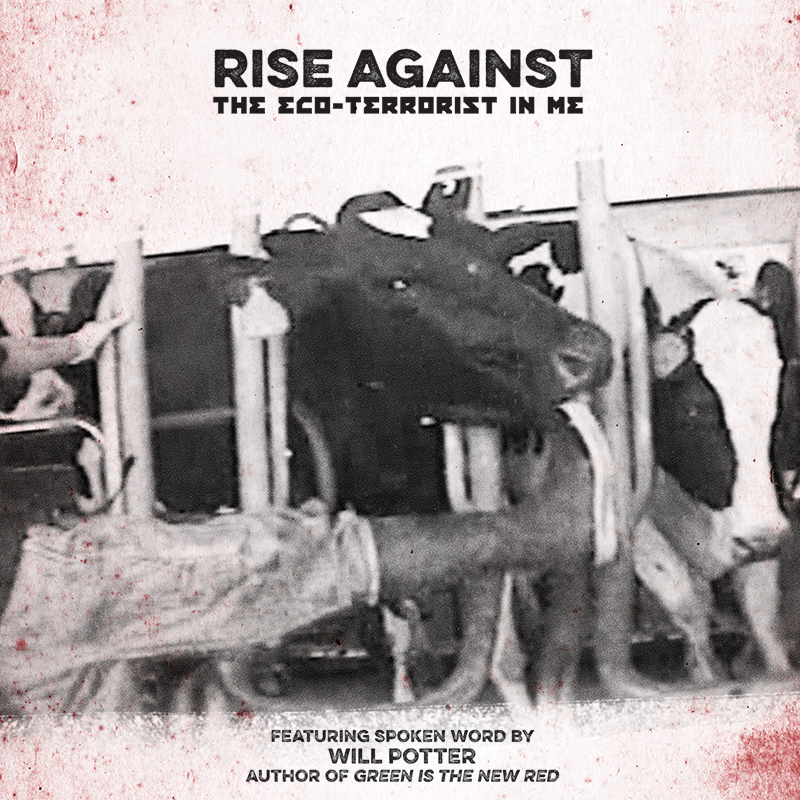 Review: Rise Against – The Eco-Terrorist In Me 7″ Rise Against
The Black Market

Upon listening to Rise Against’s latest album, one of the most outspoken songs from the record was “The Eco-Terrorist in Me”—a song whose lyrics center on environmental and animal activism. The previously unreleased “About Damn Time” does well to hold a lighter to its counterpart with its intricate lyrics supporting direct action. On the flipside of the record is a fitting commentary from Will Potter, author of the seminal novel Green is the New Red, which was a direct influence for “The Eco-Terrorist in Me.” His spoken-word contribution titled, “We Will Never Forget,” dives deeper into the world of activism for animal welfare through personal protesting experiences and how said activists are being labeled as so-called “eco-terrorists” by the media. With the songs and spoken word correlating so intricately together, it’s a solid single that fans will gush over. –Eric U. Norris