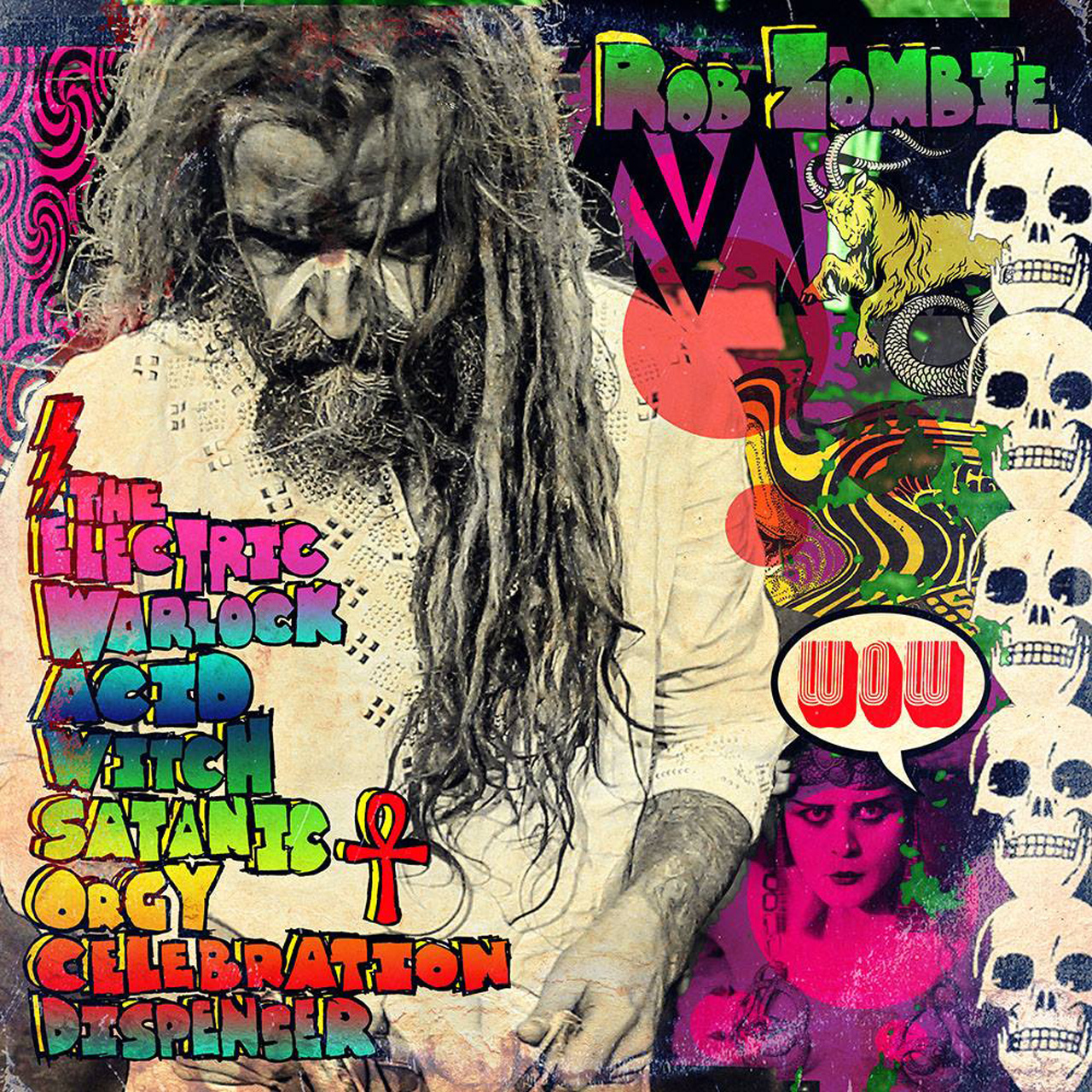 It seems like Rob Zombie is one of those artists who is either loved or hated even, when going back to his huge breakthrough with the Astrocreep 2000 album. Personally, I’m kind of a take-it-or-leave-it kind of guy. I like some of his Rob Zombie and White Zombie albums, but I also dislike a few. These days, I find myself enjoying his films more than his music. I thought that the much disdained Lords of Salem film is vastly underrated. I found it to be a great psychological horror and atmospheric work that was extremely well-done for the budget it had. Well, now we have Rob Zombie’s newest album output and another original film, 31, on the horizon.

Hellbilly Deluxe 2 and Venomous Rat Regeneration Vendor Records played to the strengths that RZ pulled out on his debut solo album: hard rock/harder-edged metal with some synth elements and lyrical themes that take classic horror/sci-fi into a more pop realm. Electric Warlock seems like all the gusto and momentum RZ had going for him fell completely on its face, with even some diehard fans possibly wondering what Zombie was thinking for the new album musically and lyrically. Maybe there was a rush from the record label—because RZ’s records sell a lot. The songs are short, with a select few running close to the three-minute mark. Only the last track has a run length of over five minutes, and it’s mostly an atmospheric, zone-out song. The album feels like it’s over a few moments after you start listening to it.

Song length isn’t really the problem, though: You can have short songs and have them be completely catchy. The problem with Electric Warlock is that every song just feels like ideas and thoughts but never feel complete. Many of the riffs seem to repeat from song to song. Ironically, the catchiest song on the record, “Well, Everybody’s Fucking in a UFO,” sees Zombie doing his best Cotton Eyed Joe vocal impression. It’s mostly catchy just because it’s annoying. When I listened to past Zombie albums, I’d always think to myself, “Damn, this song would be cool to see live,” because Zombie is renowned for his elaborate and highly visual shows. I can’t really say that RZ is known for creating crafty lyrics, because a lot of his most popular songs rely on massively repetitive choruses. But that’s always been RZ’s catch: to make those stick in your head like glue, choruses that translate to explosive and sing-along live shows. The lyrics for Electric Warlock are completely forgettable. The record and its songs are also highly populated with the atmospheric pop/creepy, obscure vocal samples that don’t really set any tone or mood—they just kind of exist, unlike the potent Charles Manson girl’s vocal sample from White Zombie‘s “Real Solution #9.”

To add to an already flawed album, the production tone for Electric Warlock’s guitars sounds weird compared to previous RZ albums. The tone comes out flat for the moments that are supposed to be heavy, which might be disappoint for RZ fans that expect that heavy punch. I’m just the critic here. Some folks may and could find enjoyment from the new album. A flawed album doesn’t mean that RZ musically is losing touch or any speculation of the sort. RZ has his fan-favorite records. He only plays one or two songs, if that, live from his Sinister Urge and Educated Horses records. Luckily for RZ, a bad album really won’t translate to poor concert ticket sales, because people for the spectacle. Even with a new record to promote a live show, he will only have to play at least two new songs. [USANA, 07.20] –Bryer Wharton