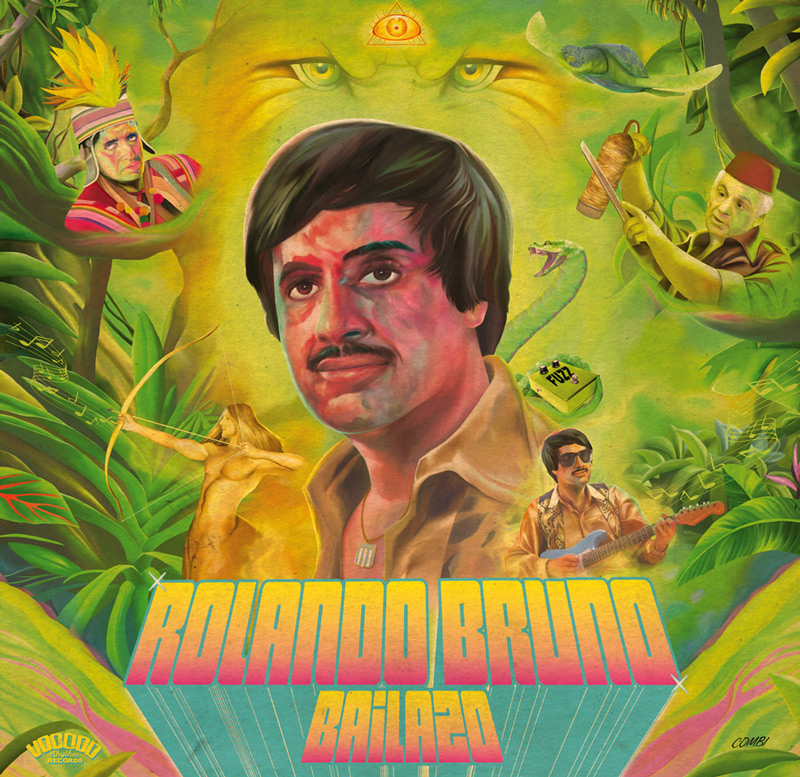 The best way to describe Rolando Bruno would probably be to imagine if Ringo Starr was from Argentina and made a cumbia album with psychedelic guitar effects. Pair this with an album cover that looks like it could’ve been a poster for a Bollywood film, and you have the quirky genius that is Bailazo. Whether Bruno sings about his falafel-making friend Mohamed in “Falafel King,” or a magical night where the punks and hippies come together to party in “Fiesta Trashera,” the Latin rhythms and incredible guitar solos are exhilarating and dance worthy. Though the album is completely in Spanish, the simplistic yet humorous nature of Bruno’s lyrics transcend language barriers— for an Argentinian artist on a Swiss record label on tour in Japan, it makes total sense. –Ali Shimkus