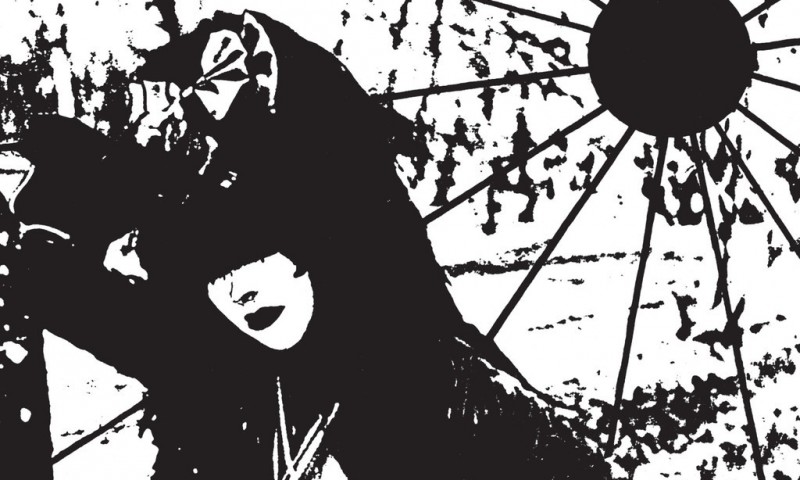 As one half of the Scottish new wave group Strawberry Switchblade, Rose McDowall’s persona in contemporary consciousness is synonymous with the unbridled decadence of 1980s fashion. It’s all there in the name: the frizzy, electrified hair and the iconic polka-dotted outfits—gothic introspection underneath the candy-coated veneer. While zooming in on this glossy period can certainly elicit hours of giggle-inducing Google searches, discovering a slice of indie pop goodness as pleasurable as Rose McDowall’s Cut With the Cake Knife is a rare treat.

After an acrimonious split with Strawberry Switchblade partner Jill Bryson in 1986, Rose McDowall seemingly turned away from her former group’s new wave gloss, spending the next decade recording with artists as singular and diverse as Boyd Rice, Current 93, Death in June, Felt, Coil and Psychic TV. Recorded in 1988 and ’89, Cut With the Cake Knife comprises 11 tracks recorded in the interim, a period where Rose McDowall stood on the precipice of pop stardom.

Included are a handful of tracks that were destined for the fabled second Strawberry Switchblade album, and they retain all of the group’s saccharine proclivities. Like many of her Scottish counterparts—Orange Juice, The Jesus & Mary Chain and The Wake come to mind—the idiosyncratic elements of indie pop seem to have been applied as liberally as Rose McDowall’s hairspray in this period. Though the tracks’ commercial viability is dialed down compared to her group’s studio recordings, each slice is pure, perfect pop—any of these tracks could be slipped onto a Sarah Records 45” and tweeficianados wouldn’t bat an eyelash.

What’s most remarkable about Cut With the Cake Knife is Rose McDowall’s vision for a pop album—the tracks gel into a cohesive and engaging album which situates her cheekily sugary vocals and morbid lyrics amid period-appropriate drum-machine beats and chintzy analog synths. The straightforward sweetness of tracks like “Tibet”—through which Rose McDowall saunters over tinsel keys—sets the album’s mood: light, airy and pastel-colored. On “Sunboy,” she delicately laments unsuccessful stabs at connection: “dead roses lie / kissed in sun,” she sings. “Crystal Nights” and “Crystal Days” fix in on Rose McDowall on her bed, dreaming away from the world while keyboards radiate like glow-in-the-dark stars on her ceiling.

Elsewhere, much like Strawberry Switchblade’s dated yet endlessly enjoyable new wave cover of the Dolly Parton classic “Jolene,” Rose McDowall’s take on Blue Öyster Cult’s “Don’t Fear The Reaper” is nothing less than stellar. For a song that’s heralded as the universal vehicle for a certain instrument—ahem, the cowbell—it’s strangely exotic to hear the track in the context of a Scottish indie pop album. Not even Christopher Walken himself could improve it.

While Rose McDowall’s gothic songwriting flares on certain tracks, it’s her sunny side that will ultimately win listeners over. “I will take you by the hand and lead you / To my sunny side and I will / Cut you with the cake knife / Right between the eyes,” she sings on the album’s title track, as if she’s popping party balloons laced with blood, when rather, they’re filled with confetti. It’s “So Vicious” that’s the most sublime of them all. More Go-Gos than Banshees, “This vicious circus spins me round and I’m still spinning,” Rose McDowall serenely sings … “Take my tears,” she pleas. By the end of the album, Rose McDowall has walked us through a kaleidoscopic candyland, the cake knife pointed forward only as a steady guide.