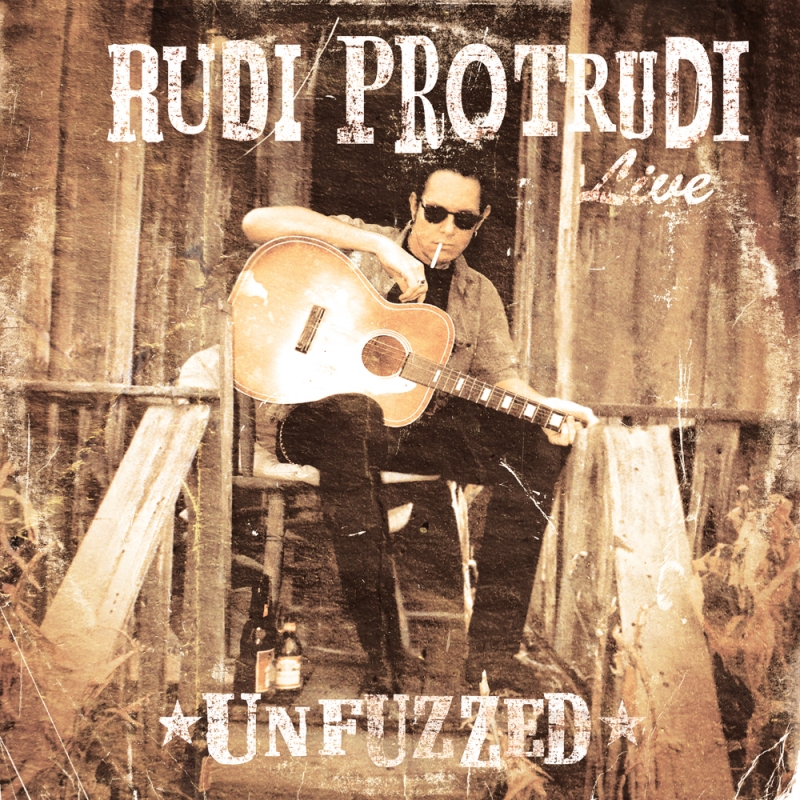 Former Fuzztones frontman Rudi Protrudi, who has sparred with the likes of Lydia Lunch and Screamin’ Jay Hawkins, seems to have carved out a following in Berlin, playing a sort of restrained, diluted form of the delta blues, in front of piss-drunk crowds, no doubt. Looking like a cross between Tommy Wiseau and Gene Simmons, he plays guitar and croons, mostly retreading old blues standards with a lazy sort of drawl that seems half Memphis, half Tallahassee. It’s a live album, but it doesn’t have the energy or confidence or even the improvisation of a typical live album. It’s a shame, too, as songs like the Tom Waits-ish “Evil” and the wonderful “Dirty Motherfucker” show a grittiness that would have made Screamin’ Jay proud. Overall, it’s a letdown of an album. It’s safe and tranquil and unsure of itself—the opposite of Rudi Protrudi. Mark this one “for completists only.
–Taylor Hale
Photos: