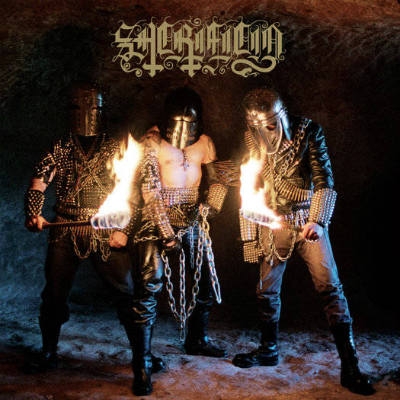 This album echoes the old and spawns new occult and black metal savagery—a good assessment of what Sacrificio are about. While it’s a raw release, the songs are more than engaging, thanks in part to the fact that one member was in Teitanblood. The echoes to the old is that Sacrificio stick closely to the first wave of black metal, like some lost early Bathory release that for some reason was sung in Spanish. The new spawn music that doesn’t sound like a rehash of existing material. The tracks find themselves more mid-tempo, in an “arms raised to the sky scowling in your evil voice” kind of feeling—I know I’m not the only person that does that. I really hope this band turns into something with more releases to offer—and soon, because I can’t stop playing the roughly 23 minutes of what really is “true” black metal mastery. –Bryer Wharton
Photos: