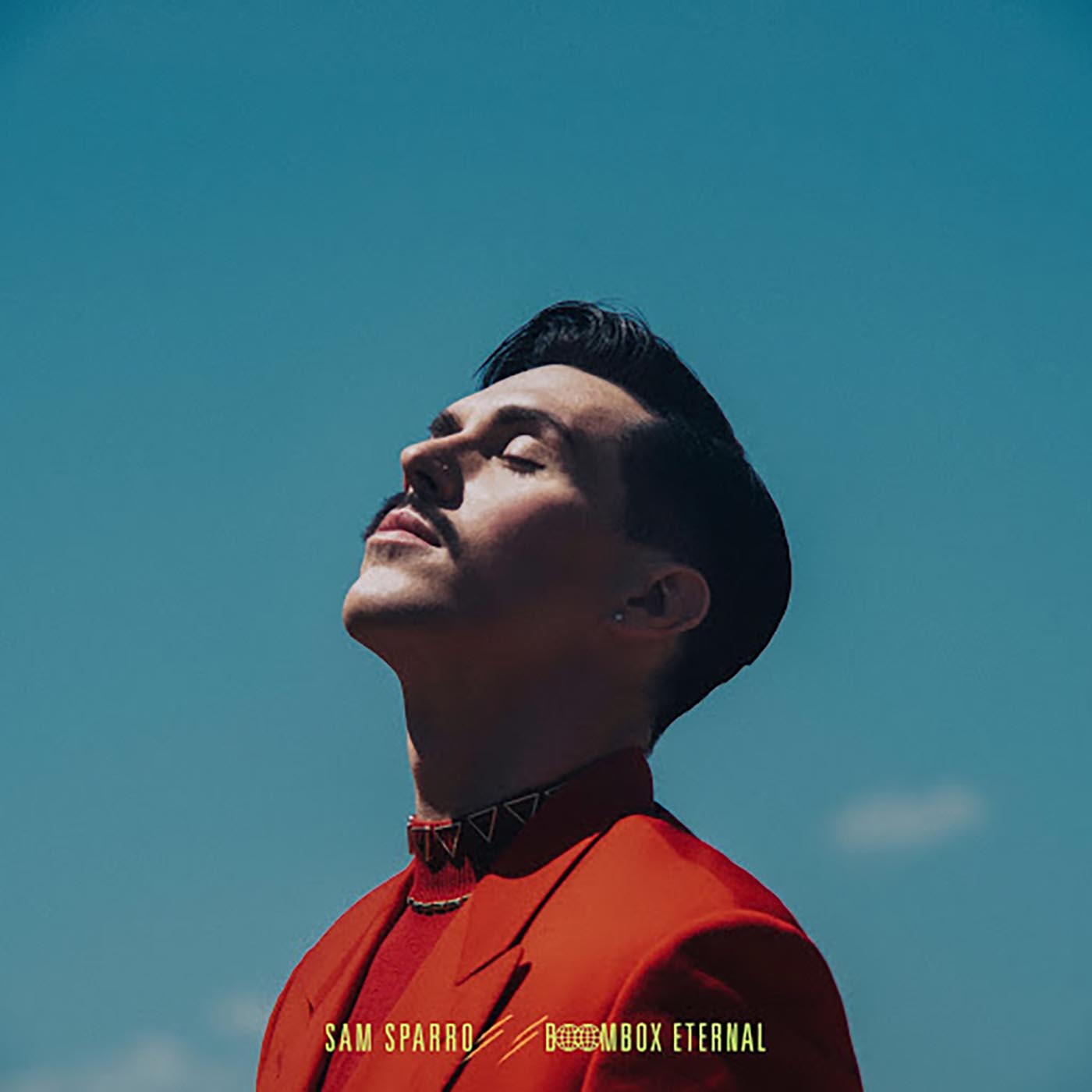 What’s better than funk, nu-disco and neo soul? I think nothing. The single “Black and Gold” kicked off Sam Sparro’s career when it hit the charts back in 2008 and found various celebrities covering it throughout the years. It’s now been eight years since the release of Sparro’s second album, Return to Paradise. Sparro is now back with his third full-length, Boombox Eternal. It’s an album he says is a love letter to himself and is a recollection on him being a kid listening to tapes through his boombox in his room.

There are 12 tracks found on the album, and it starts off with “Vibe Forever.” The track includes a sound bite of a tape being put into a cassette player before transforming into a quirky upbeat tune. “I only wanna live forever / I only wanna vibe together / And we can on and on on and on and on / eternally.” I love the added touch of the word “eternally,” as it pays ode to the album name with quite clever emphasis. “Outside the Blue” is the lead single, and it’s one of the slower tracks found on the album. We Are KING are featured, and their voices are ethereal in the background accompanied with a mystical tune. “Make love true / Say the words in your heart / And color me blue.” These lyrics show the poetic side of Sparro while still cutting straight to the point.

When I first heard “Eye 2 Eye,” I wanted to hear more—Sparro’s vocals are mesmerizing over the riveting R&B beat. His voice oozes as he sings, “If we could just come together / We could see eye to eye / Baby, we could understand each other / Even if we only try.” It’s a song that could be related to friendships, romantic relationships or family members just wanting to be understood and seen. The track “Everything” shows how much the late ’80s and early ’90s have influenced Sparro’s sound due to the playfulness behind it and the different layers of synths and vocals. The added touch of Rahsaan Patterson’s warm singing in the chorus mixes well with Sparro’s saturated vocals in the song.

These great musical elements aside, I believe that Sparro could’ve delivered the message behind “Save a Life” in a better way. I didn’t feel any emotion in his voice as he sings about wanting to stay alive. The emotion is more found in the beat, which is better than nothing. Had he added the weight of this feeling in his vocals, the song could’ve been more emotional than it already is, and much more powerful.

I appreciate the intro, interlude and outro Sparro placed in this album, as it sets the story behind Boombox Eternal. Sparro makes his story clear with the catchy lyrics and funky beats of each song. Every track can be used to fall in love to, dance to or even be used for introspection that shows the loving, emotional and fun sides of Sparro.

Boombox Eternal was a bit of a letdown to me. After hearing “Outside the Blue” and “Eye 2 Eye,” I believe that Sparro has the talent to head into a more soulful and R&B–inspired direction if he wanted to. I don’t think Boombox Eternal was worth waiting eight years for due to the consistency in his sound that he has mastered throughout the years. It can get dull when all his new music and old music sound the same. If Sparro stepped out of his established sound, the album could’ve been everything and more. –Kimberly Portillo