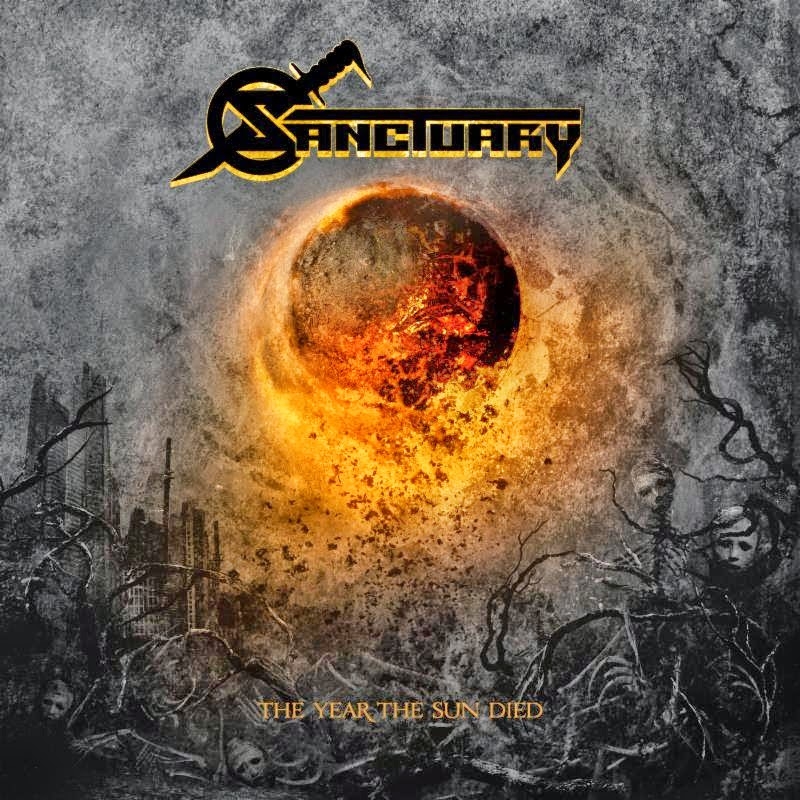 The Year the Sun Died

With the current trend of classic bands reuniting or members returning to old projects, it almost seems like beating a dead horse. Sanctuary is better known as the band that Warrel Dane—the awesome heavy metal vocalist—was in before the mighty Nevermore. Sanctuary’s return seems warranted with Nevermore dead and all original members intact aside from guitarist Sean Blosl. This is not the same Sanctuary as it was on their prolific 1987 album, Refuge Denied. Dane rarely comes close to his falsetto highs from that album. The production value has increased exponentially in pure positive form. Much of the record is subdued and melancholy. The shredding, raging opening track, “Arise and Purify,” shows metal-crunching dominance. The slow and brooding closing track, “The Year the Sun Died,” is just the prime example of the depth of the album. It’s something heavy metal junkies are going to play and play again. –Bryer Wharton
Photos: