Brutal death metal has a high redundancy factor in many instances. 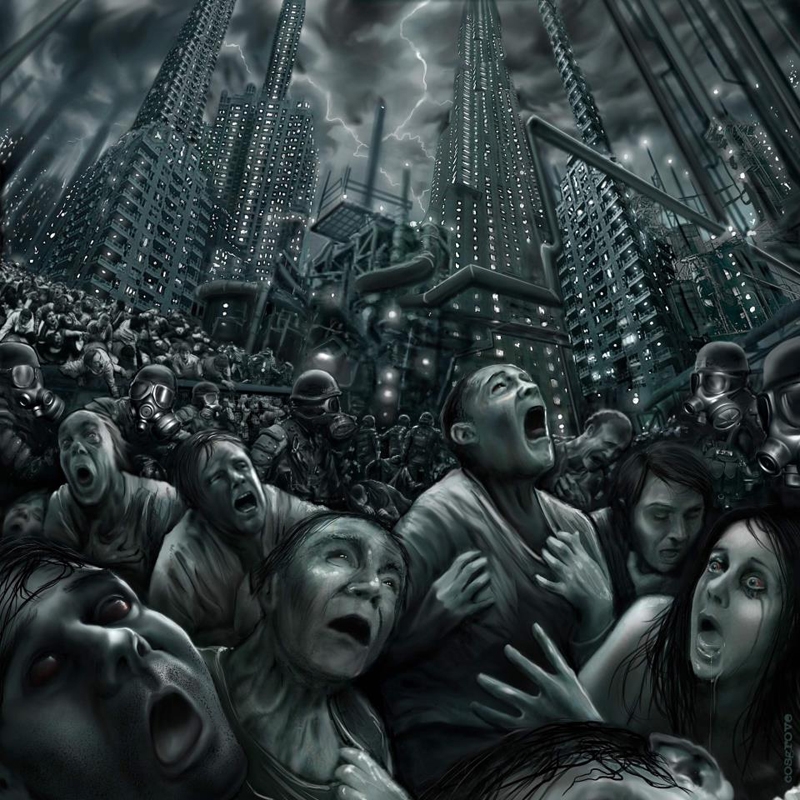 Saprogenic
Expanding Toward Collapsed Lungs
Willowtip
Street: 08.20
Saprogenic = Suffocation + Decapitated + Skinless
Brutal death metal has a high redundancy factor in many instances. At first you can blast the hell out of a record, but then it can get a bit old, even before the album has ended. The recycling of riffs and general cookie monster growls can outlive their impact quickly. Expanding Toward Collapsed Lungs is the band’s first full-length in seven years and only time will tell if it pumps them into the extreme metal high life. In the meantime, I’ll blast the sucker as much as I like. The record reminds me of the straight up death metal with tidbits of tech stuff in the realm of Decrepit Birth. When you’re in the mood for some brutal, it delivers, its redundancy cycle outlasts the boredom factor and amongst the core punchy riffs there’s a wealth of gutty and layered guitar work. Saprogenic get the brutal without the boredom, thankfully allow the steady Willowtip Records another killer-no-filler album. –Bryer Wharton