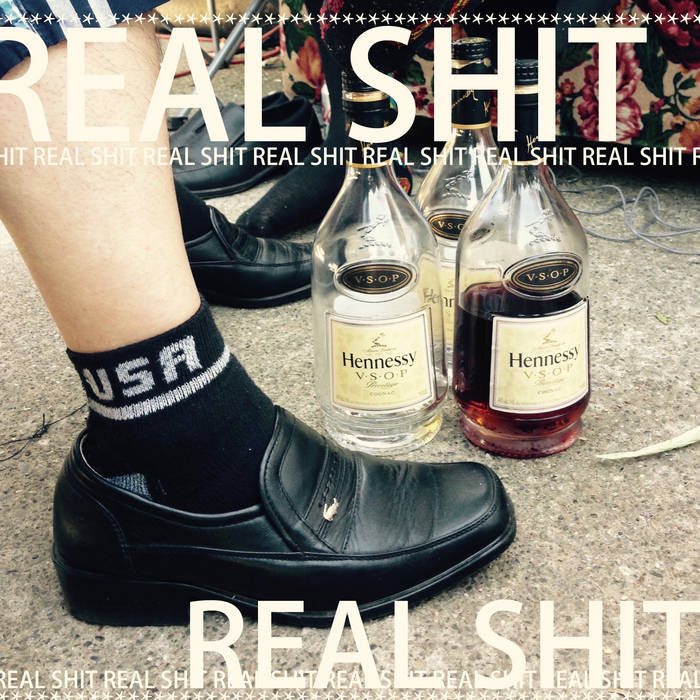 SARN’s REAL SHIT took me for a ride. I’m not sure where they were taking me, what the purpose of the journey was or where we landed, but the trip felt otherworldly and hypnotic. During my comatose state, I know music was being played, but it was almost as though someone was singing from the next room over (in a Mac DeMarco-esque approach). A humming and cacophonous stir of bongos, jarring keyboard mashes and the sporadic chimes and clicks of other varying instruments were melted together to create the solitary piece that is REAL SHIT.

After a few tracks and enough time passed to acclimate to the SARN experience, I’m not as uncomfortable as I originally thought I would be. And though I would say a fair amount of people might find themselves in a state of unease while listening to this album, that doesn’t necessarily mean you should turn it off. While SARN’s dirty, discordant and hushed rhymes summarizing disparaging narratives of social systems and other modern issues (like smoking and being horny) is not my standard listen, the contemporary themes might taste familiar to some. Listening to a SARN song feels like having a conversation with someone prone to going off on a tangent about a subject you weren’t even talking about. Or walking down the street and accidentally overhearing intimate details about someone’s life. It’s uncomfortable in a way that is just intriguing enough to keep you listening.

I also believe you can’t really be reassured about what type of music you enjoy without listening to something that confirms your fondness of what you’re familiar with. SARN’s erratic mesh of jumbled sounds with abrasive lyrics such as, “I seen your basic ass the other day what do you call it mom-core? / Sitting on the corner sipping your wheat grass and organic radish juice” is not familiar to me. It did however, reassure me that I normally enjoy more melodious riffs and fluid instrumentals. Because of this, I found myself leaning toward tracks like “XXXRATED” with its smooth introduction, or the acoustic preamble of “REAL HARD (WE’RE GONNA MARCH).” The repetitive horns and inherent catchiness of the off-beat track “TALKIN2COPS” was more digestible, and the reoccurring lyrics calling out wheat grass and radish juice made another appearance. My favorite track, “FADED,” contained what I’d consider the best of the vocal hooks, lyrical appearances and instrumental combinations.

Overall, this one-person collective is talented, but not in a way that is commonly acknowledged and appreciated. I found their lyrics to be clever and brash, but the approach to be just a bit too disorderly. As a whole, REAL SHIT is not unifying or euphonious, but I don’t think it’s trying to be. A few songs are able to stand alone and hold their weight, but it really depends on what you’re looking for. If you’re wanting to try something new and expand your musical range, I would suggest giving the album a listen—but only if you’re not sensitive to lyrics about someone’s “slobbering dick.” –Jamie Christensen