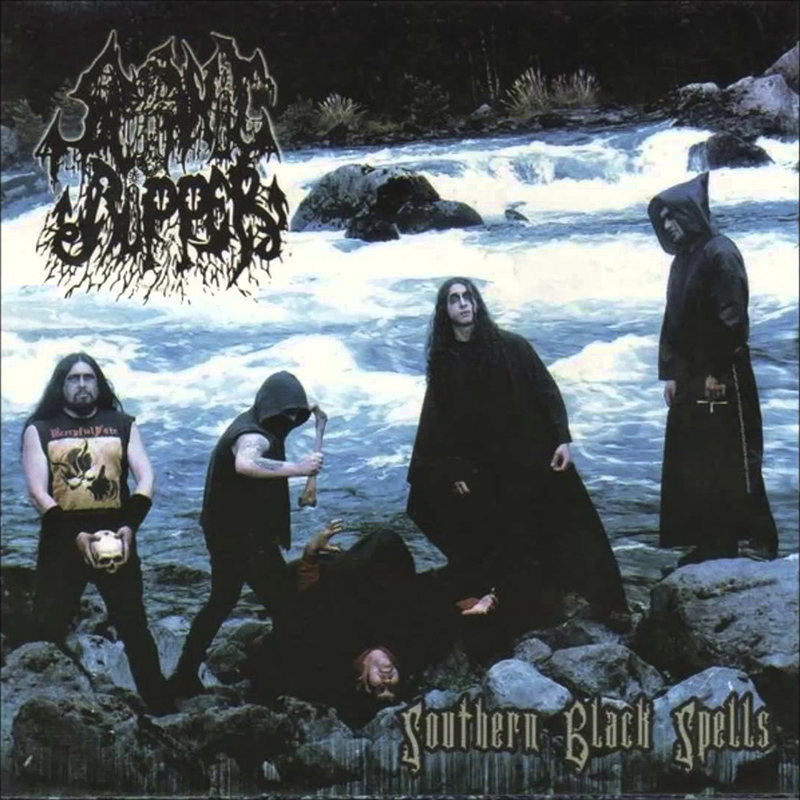 Ripping for Satan one song at a time, these speed dealers from Chile have created an engaging album—staying raw but not too much in the lo-fi realm—with songwriting that holds even the most fair-weather listener’s attention. Southern Black Spells is not a new album—it was released on CD last year, but Blood Harvest has given the album some new life and attention with their vinyl release of the album. Speed is the prevailing factor on the record, but there’s little bits of death, black and thick atmosphere. There are some huge successes as a metal album here—the production maintains this feeling and also bolsters a pleasant way of changing guitar tones and other key sounds. This constantly changes the feeling of the record. Also, amid the howling screams, the band employs some haunting, sung-type vocals. It’s a rare but great treat to get a record filled with good songwriting—lots of different sounds and an aggressive, yet haunting atmosphere. –Bryer Wharton