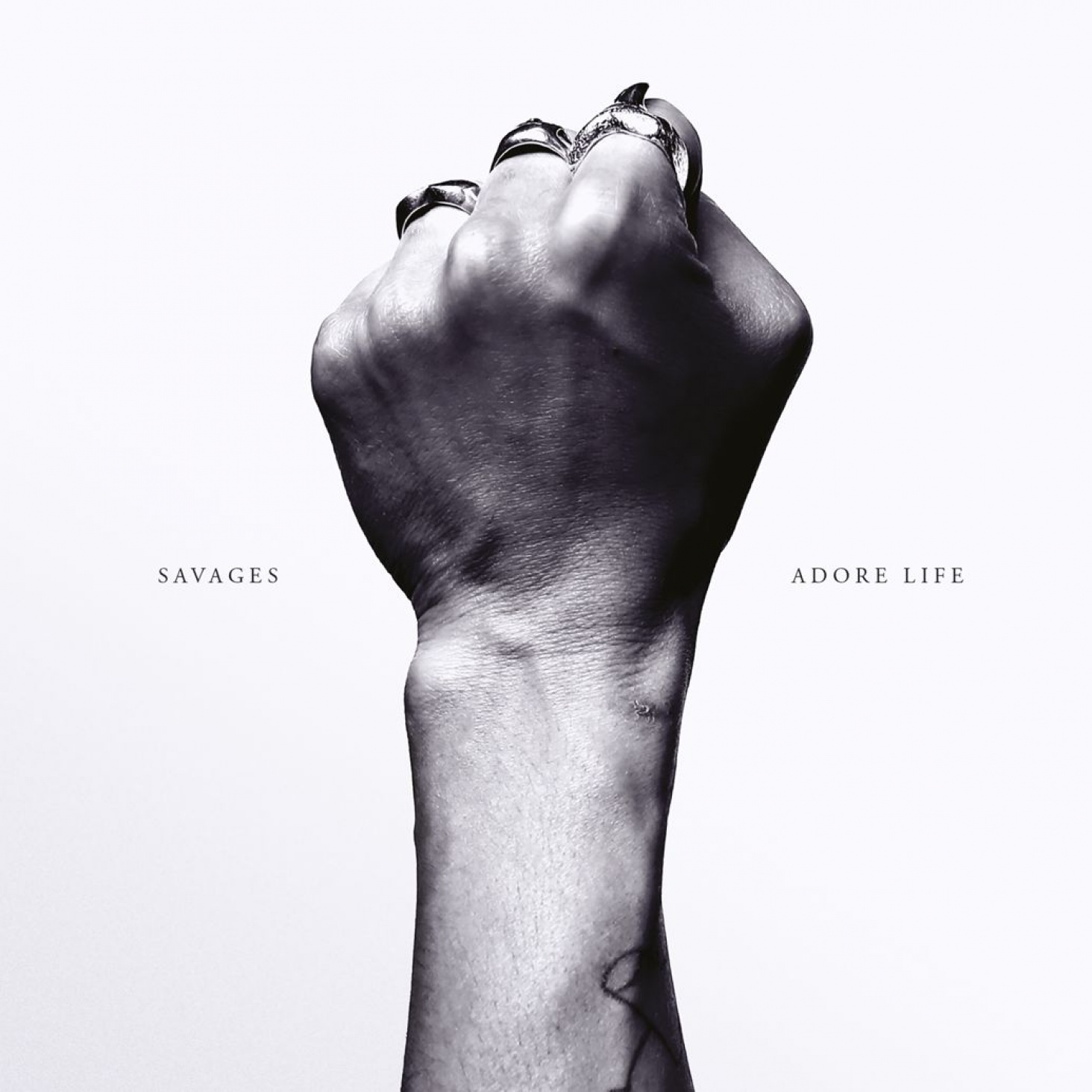 Back in 2013, we saw Silence Yourself, the triumphant debut LP from London-based four-piece Savages. Clad head to toe in black, Savages strove for uncompromising authenticity as they brought the impatient and thunderous heart of post-punk back, topping off their unforgiving album with singer Jehnny Beth’s 36-line manifesto, which sharply decried a world of far too many voices and distractions clamoring for our attention.

Now, a couple of years later, Savages are still looking closely at their audiences—and the world—only this time around, they’re less quick to condemn, more quick to hope. The band’s follow-up album, Adore Life, launches into thick, unadulterated aggression in one of the album’s singles, “The Answer,” with Beth veering from lines like “Love is the answer” to “I’ll go insane.” The song comes with a video of Savages performing in a sunlit room to a small but packed crowd, which writhes, thrashes and loses itself, embodying the song’s part passion, part delirium. It’s an intimate and true portrait of Savages’ fans and live performances, but the band’s accompanying message is what encapsulates Adore Life and sets it apart from Silence Yourself: “We’ve observed our audience all around the world and noticed that something is happening. People want to do good, or to be good, or just to feel good.”

Adore Life is an exhilarating examination of power, change, self-possession and, most of all, love. Savages maintain their confrontational austerity and near-theatrical defiance (Ayse Hassan, Gemma Thompson and Fay Milton go harder than ever on bass, guitar and drums, respectively), but while they aren’t playing love songs, per se—they’re capturing the many complexities of love and desire. Beth wrote each incisive lyric, and she brought a more personal, unguarded dimension to Adore Life: the ascetic “Evil” came in response to massive religious protests against France’s 2013 legalization of same-sex marriage; “Sad Person” likens love to a drug addiction; “Slowing Down The World” is a slow saunter, with Beth crooning that hypersexuality, “Darling, it’s not a crime”; and in “When In Love,” Beth is frantic, unsure of whether love is angel or demon.

Savages set out to craft songs that are mean and heavy, but Adore Life is an unyielding force because it brings an uncanny sense of lightness, too. “Adore” is a processional torch song that starts out bare, with Beth asking, “Is it human to adore life?” It’s a life-loving, seize-the-present track that talks about death so that we can grasp love—and fittingly, it isn’t until the very end that the song builds into its jarring climax, one of the album’s most affecting moments. “T.I.W.Y.G.” is a fiery, brandishing blitz, a reminder that Savages won’t hesitate to spin their songs into assaults: “This is what you get when you mess with love,” shouts the grunting, fast-talking Beth over the relentless and precise instrumentals. Savages are throwing rapid punches, but just as suddenly as they start, they’re swerving into Adore Life’s closing track, “Mechanics.” Here, Beth is operatic and stately as she croons about sex, pain and pleasure. Offhand harmonics and chimes shimmer over the dense layers of guitar and bass, which soon plunge into a monumental-feeling soundscape. As we near the album’s end, it’s impossible not to feel that Adore Life is an expression of the love that Savages explore throughout—the urgent, controlled chaos, the elegant yet formidable, the rapturous—and when Beth gently declares the album’s final line, “My love will stand the test of time,” we don’t doubt her.