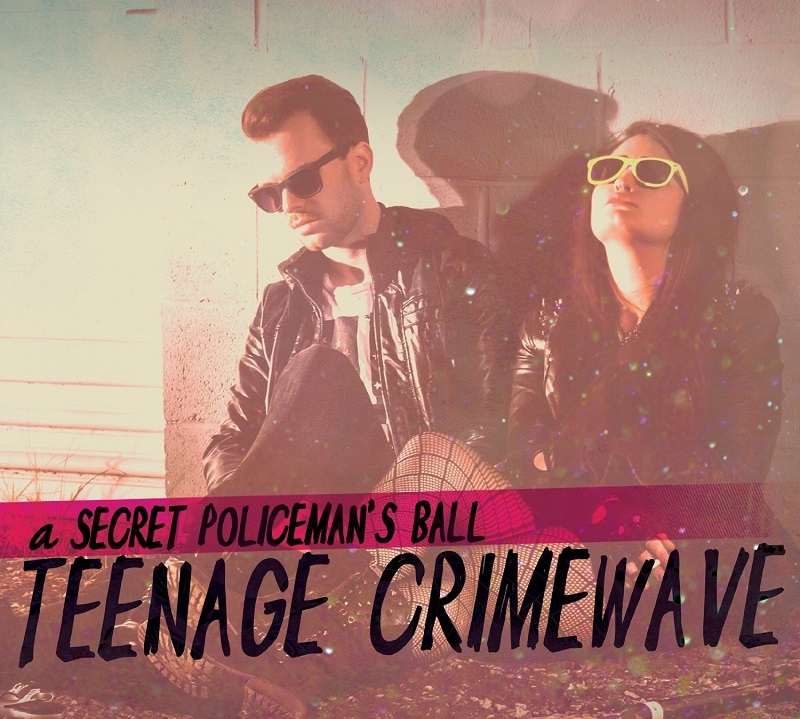 Secret Policeman’s Ball
Teenage Crimewave
AGGRONAUTIX
Street: 06.04
Secret Policeman’s Ball = Arcade Fire + Metric
Don’t let the shoegazer cover fool you—this is not your traditional indie-rock record. It’s sweepy and effect-laden, with soft and gentle melodics with moody, haunting female vocals—but that’s not all. Two minutes and 30 seconds later, the haunting vocals spiral offtrack into screeching howls, like something out of a death metal album. Unexpected, although more than welcome,  Secret Policeman’s Ball likes to play with your conceptions of who they are: Songs like “A Flock of Beagles” showcases a more traditional indie sound, and then throw it all away for another moody song—my favorite is “Sweaters.” Oh, and did I mention the 45-second-long hardcore punk tribute “Try To Find Shon A New Hat”? Good luck predicting what they do next. This is a great album that doesn’t feel like it’s conforming to your expectations. –Matt Brunk
Photos: