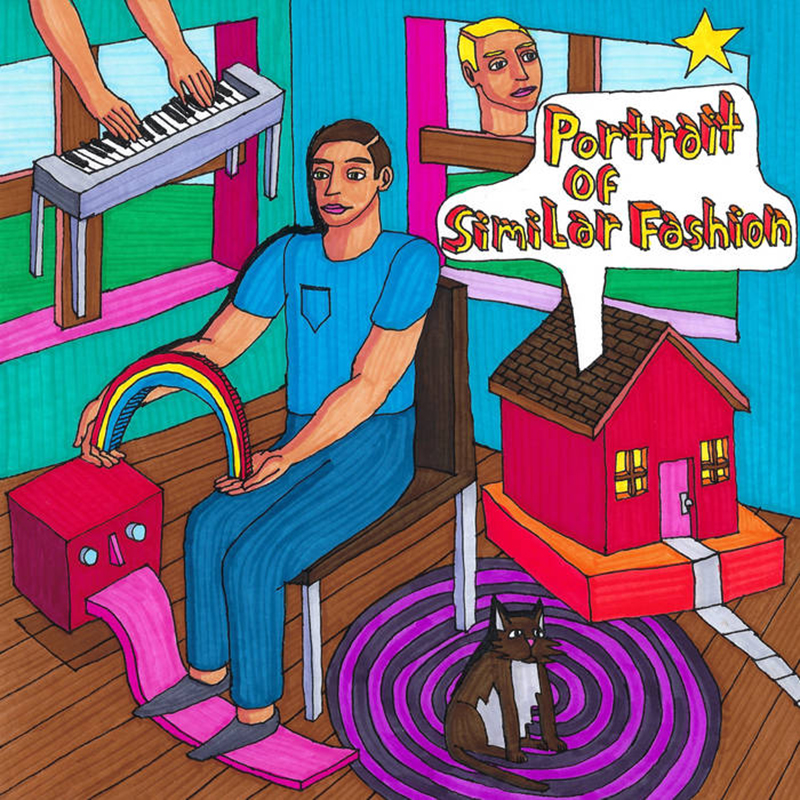 Now that I’ve got your attention, let me tell you about the new album from Utah expats Similar Fashion. The quartet fuses the worlds of avant-rock, jazz and classical music to form a whole that, although deeply informed by the stuffy traditions of academic music-making, ends up being an exhilarating and sugar-coated ride through blistering saxophone playing, absurdist lyricism and—yes—plenty of polyrhythms.

Even though the music often comes off as scorching (and John Dieterich’s production job is heavy and forceful), Portrait of never sacrifices enjoyment and musical beauty for aggression. A huge part of this is Lauren Baba’s viola playing, which adds a layer of refined nuance whenever it enters. Sometimes that’s a sweeping orchestral line (“Portrait of James Turrell”), or it’s a series of playful bluegrass slides (“Myra’s Fortune”), but her addition is always a good mediating factor within Similar Fashion’s colliding musical elements.

Then there are the melodies, which—track after track—are pure gold. “My Heart & Lungs” is one of the more subdued cuts on the album, and its twinkling guitar lines and surreal, peaceful lyrics are a moment of serenity on Portrait of. In a different vein, the varied iterations and instrumental backgrounds of the main motif on “We Watched the Car Sink Into the Puddle” showcase the extreme diversity possible within 10 notes: at once frantic and searching, but later more akin to an agitated lament when the music stretches out into lush chord progressions.

Most of all, though, Similar Fashion are incredible at being loud, dexterous and strange. The brief “Melonface” is one of the most baffling minutes on the record, its incessant saxophone riffs and bludgeoning distortion falling to pieces by the end of the cut. Closer “Get Away” combines all the best elements of the band into a satisfying finale: conflicting guitar riffs, heavy but precise drumming, a grand chorus of saxophone, strings and multi-layered vocals and an equal focus on abrasion and harmony. Even though it’s the softer moments that help set Similar Fashion apart from their experimental rock contemporaries, they more than stand among the best when it comes to eccentric, full-throttle compositions. –Audrey Lockie